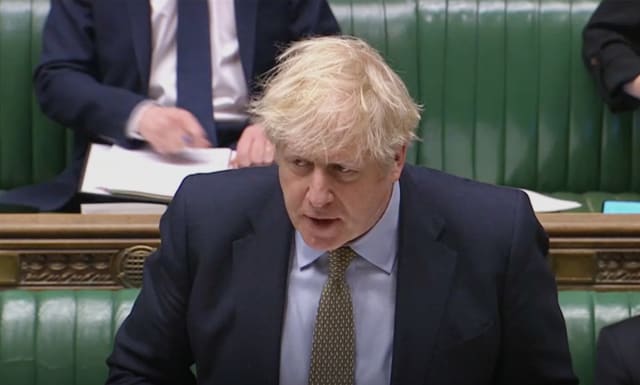 Boris Johnson has promised to protect private renters from eviction due to the coronavirus crisis as he said the Government was overseeing steps that were “unprecedented in peacetime and unprecedented in the last century”.

The Prime Minister said further measures would be introduced to protect the vulnerable and those who face job losses.

During PMQs in the Commons, Labour leader Jeremy Corbyn said: “Yesterday, the Chancellor unfortunately offered nothing to the 20 million people living in rented homes, including three million households with children.

“They’re worried, they’re worried sick that they can’t pay their rent if they get ill, lose pay or feel they need to self-isolate.

“It is in the interests of public health, of the health of all of us, that people don’t feel forced to go to work in order to avoid eviction when they know themselves they may be spreading this terrible disease.

“So will the Prime Minister now confirm that the Government’s emergency legislation will protect private renters from eviction?”

Mr Johnson replied: “I can indeed confirm that we will be bringing forward legislation to protect private renters from eviction, that is one thing we will do, but it is also important as we legislate that we do not simply pass on the problem, so we’ll also be taking steps to protect other actors in the economy.”