Windsor dear to the Queen’s heart 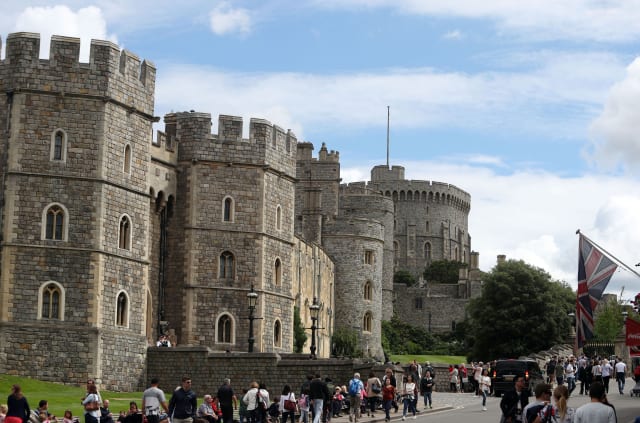 Windsor Castle has been the family home of kings and queens for almost 1,000 years.

The Queen, 93, already spends most weekends in the historic dwelling, and it is no surprise it is where she is choosing to retreat to amid the coronavirus outbreak.

It was where she stayed as a teenage princess to keep her safe during the Second World War.

It is said to be her favourite of all her residences when not on her traditional summer and Christmas breaks.

Away from the busy capital, the Queen, wearing a headscarf rather than a helmet, is sometimes spotted riding her ponies in the sanctuary of the Castle grounds or Windsor Great Park.

Buckingham Palace has said the monarch will be following Government advice, and Prime Minister Boris Johnson has warned over 70s to stay home, but they can exercise as along as they avoid contact with others.

William the Conqueror chose the site for Windsor Castle, high above the River Thames and on the edge of a Saxon hunting ground to defend the western approach to London.

It has been transformed over the centuries by a string of monarchs into an archetypal romantic royal palace with turrets, towers and battlements, a great hall and lavish apartments, in a picturesque setting overlooking the Thames.

In recent years, the Queen has gathered in the castle’s St George’s Chapel for a number of high profile royal celebrations.

The weddings of the Duke and Duchess of Sussex and Princess Eugenie and Jack Brooksbank took place in the 15th century church set in the Lower Ward of the Castle.

Harry and Meghan held their afternoon wedding reception in the magnificent St George’s Hall in the main part of the royal residence.

This was also where they introduced their baby son Archie Mountbatten-Windsor to the world.

The family lived in nearby Frogmore Cottage, just half a mile south of the castle.

But the Sussexes are now in Canada as they prepare to quit as senior royals at the end of the month, and will be spending most of their time in North America.

The Government’s advice on social distancing as the nation deals with Covid-19 illness means the monarch would have been unlikely to see the Sussexes anyway.

During the Second World War, the Queen, then Princess Elizabeth, and her sister Princess Margaret were moved to Windsor Castle for their safety.

Elizabeth and Margaret would go from teenagers to young women during their time living at the royal residence.

These were pivotal years when they would hear about the bombings of London from their parents who, during the Battle of Britain, would travel to the capital almost every day from the castle.

Despite the gloomy nature of their royal home – stripped of its fine paintings, windows sandbagged, and closed to visitors – life continued much as normal for the young princess and her sister.

They took part in plays, a 15-year-old Elizabeth attended her first ball in July 1941 and when she turned 16 she became Colonel of the Grenadier Guards, inspected the guardsmen at the castle and hosted a reception.

Her dashing distant cousin Prince Philip stayed with the family at Windsor and by 1944 she had fallen in love with the blond, athletic, confident young man.

The castle would again become an important fixture in her life after she succeeded the throne.

In the years since her coronation, it has staged state visits and other royal events – but it is far removed from monarchy HQ – Buckingham Palace which is sometimes described as “the office”.

In 1992, the Queen was left distraught when a fire broke out at the castle, causing serious damage to the historic palace.

Images of the head of state wearing a headscarf as she surveyed the damage filled newspapers.

The Duke of Edinburgh played a key role in its rebuilding and served as chairman of the general restoration committee, with the work to bring the royal residence back to its former glory costing tens of millions of pounds.

Each year in June, royals who are Knights and Ladies of the Garter process from the Windsor state apartments to the Order of the Garter ceremony.

They travel down the hill for the traditional service in St George’s Chapel.

But the event, usually in June – which draws large crowds, is expected to be among those cancelled this year.

The Royal Windsor Horse Show – one of the Queen’s favourite events – is staged annually in May in Home Park in the private grounds of the castle.

Organisers are this year still assessing the impact of the Government advice on the equestrian competition, but it is expected to be cancelled.