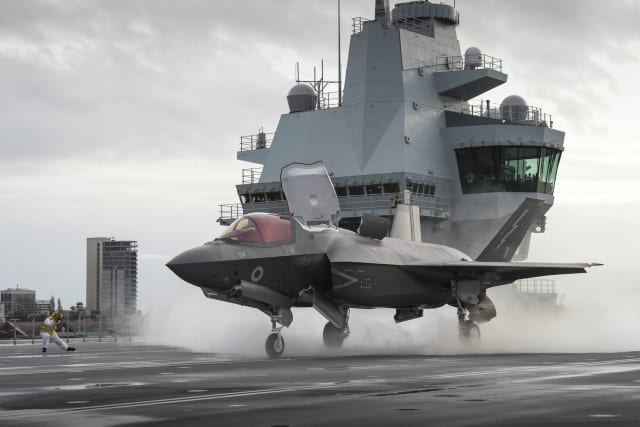 Nearly one-in-three of the Ministry of Defence’s most important procurement projects are behind schedule, undermining its ability to carry out key tasks, the Whitehall spending watchdog has warned.

The National Audit Office (NAO) said that of the 32 most significant programmes, 10 were rated as needing “urgent action” or “undeliverable” within the approved timescale.

On average, they are expected to be more than two years late by the time they are declared fully operational.

In contrast, the MoD forecasts that successful delivery is “probable” or “highly likely” for just five of the programmes.

The findings come as military procurement is expected to form a major part of the Government’s integrated security, defence and foreign policy review.

The NAO said the combined cost of the 32 projects was £196.2 billion, however delivery teams were under-resourced and lacked essential skills, while equipment was persistently delivered late or faulty.

At the same time, the NAO said poorly defined delivery “milestones” meant programmes were being declared “fully operational” even if they were not or testing was incomplete.

Among the programmes affected are:

– The F-35 joint strike fighter which continues to suffer from “emergent technical issues” while problems with flight simulators have affecting pilot training;

– The Watchkeeper unmanned aerial drone which has been delayed by several years due to equipment problems which led to a number of crashes;

– The offshore patrol vessel HMS Forth was delayed for more than a year due to problems with the “build quality”.

The head of the NAO, Gareth Davies, said: “It is essential that the MoD improves the way it introduces important new defence capabilities into service.

“This includes ensuring that pressure to be seen to deliver quickly does not lead to it accepting incomplete projects, and making decisions on the basis of incomplete reporting.”

Meg Hillier, the chair of the Commons Public Accounts Committee, said: “This is serious. All too often equipment is delivered late or has failed to meet promised requirements. But the MoD struggles to get suppliers to perform.

“Things need to change and change fast. There are risks to national security if not. The whole culture needs an overhaul and the MoD must drive improvements to the system.”