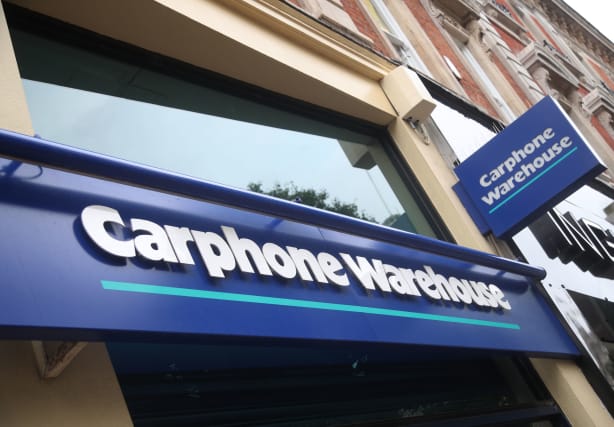 Nearly 3,000 jobs are being axed at Dixons Carphone after the retailer announced plans to shut all 531 of its standalone Carphone Warehouse mobile phone stores in the UK.

The group said the shops – which make up around 8% of the entire group’s selling space – will shut on April 3 as it plans to sell mobile phones solely in its 305 combined Currys PC World stores and online across the UK.

It expects to make 2,900 redundancies, but said almost 1,800 affected staff are set to take new roles elsewhere in the business.

The group’s 70 Carphone Warehouse stores in Ireland will remain open and its international operations are unaffected.

Dixons Carphone said the move is “essential” to help turn around its UK mobile arm, which is set to make a £90 million loss this year.

Carphone Warehouse group chief executive Alex Baldock said: “There’s never an easy time for an announcement like this, but the turbulent times ahead only underline the importance of acting now.”

He added: “We’re working hard to look after those colleagues we can’t find new roles for, financially and otherwise.

“We’ll pay enhanced redundancy, any bonuses, honour their share awards, and help them find new jobs through an outplacement programme.”