The brother of homegrown jihadi suicide-bomber Salman Abedi is facing life in prison after being convicted of plotting the "cruel and cowardly" attack which murdered 22 people and injured hundreds more at Manchester Arena.

Members of the victims' families sobbed and embraced as the jury foreman took four minutes to answer "guilty" to the 22 counts of murder, one count of attempted murder, and one count of conspiring with his brother to cause explosions, following less than five hours' deliberations. 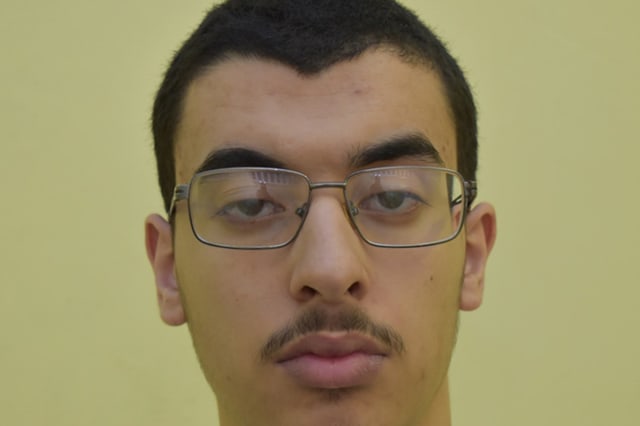 Families who spent seven weeks listening to the Old Bailey trial from remote courts in the north of England described the "overwhelming sense of justice" at seeing Abedi convicted.

The Manchester-born 22-year-old was again absent from court as the unanimous verdicts were passed, having sacked his legal team and withdrawing from the case in a continued attempt to evade responsibility for the carnage of May 22 2017.

Speaking outside court in Manchester on Tuesday afternoon, Paul Hett, father of 29-year-old Martyn Hett – who was among those murdered in the blast as crowds left an Ariana Grande pop concert, said: "This verdict will not bring back the 22 victims murdered by Salman and Hashem Abedi.

"Nor will it restore normality to the 22 families whose lives have been totally shattered by this murderous attack.

"This verdict will not heal the wounds of the 264 people physically injured in the attack, many of whom with life-changing injuries.

"And this verdict will not help over 670 people who suffered psychological trauma after the attack, many still suffering today.

"But what this verdict will do is give an overwhelming sense of justice to all those affected by this heinous crime."

Responding to the verdicts, Assistant Chief Constable Russ Jackson, of Greater Manchester Police, said: "In the last few weeks Abedi absented himself from court, such was the contempt he showed for the proceedings and all those so deeply affected by this cowardly act.

"We are very pleased at this verdict and we thank the jury for their deliberations."

It came as the senior investigating officer said Hashem was "every bit as responsible" as his older brother – and may have been the senior figure in the plot, with intentions for further bloodshed around the world – even though he was in Libya when Salman detonated the bomb.

Detective Chief Superintendent Simon Barraclough said: "If you look at these two brothers, they are not kids caught in the headlights of something they don't understand.

"These two men are the real deal, these are proper jihadis – you do not walk into a space like the Manchester Arena and kill yourself with an enormous bomb like that, taking 22 innocent lives with you, if you are not a proper jihadist.

"He was with his brother throughout the entire process of making this explosive and building this bomb, I believe he provided encouragement right up to the end.

"This was all about the sick ideology of Islamic State and this desire for martyrdom."

And he said he was certain that Hashem took a final four-minute phone call from Salman on the evening the bomb went off.

Mr Barraclough, who was assigned to the case within an hour of the attack, said: "At that point he (Salman) is getting that last-minute inspiration (from Hashem) – that last-minute advice – and he's telling him what he's about to do.

"These two brothers are literally hand in glove in this process."

Prosecutor Duncan Penny QC had said that Hashem, 22, was "just as guilty" as his brother of the attack which killed 22 men, women and children aged between eight and 51.

From January 2017, the brothers set about buying nuts and screws for shrapnel and ordering chemicals from Amazon to make the homemade TATP explosives, with unwitting help from friends and relatives.

Meanwhile, Salman visited convicted Islamic State recruiter Abdulraouf Abdallah in prison and even spoke to him on a mobile phone as the plot took shape.

The brothers used 11 mobile phones in five months – some in play for as little as two hours – and used a variety of runaround vehicles, despite neither passing their driving test, to transport components around the city.

They also secured two separate addresses away from their home in Elsmore Road, Fallowfield, Manchester – one to take delivery of the components and the other for a bomb-making factory.

Their plans were briefly scuppered when their parents insisted they join them in Libya in April 2017 amid possible concerns about their descent into radicalisation, police said, forcing the brothers to stockpile their stash in a second-hand Nissan Micra, bought for £250 the day before they left the UK.

Returning alone, Salman bought a rucksack, more shrapnel, constructed his bomb in a rented flat in central Manchester, and carried out reconnaissance missions.

Jurors were shown chilling CCTV footage of Salman travelling to the foyer of the Arena, before detonating his bomb at 10.31pm on May 22, just as crowds left the venue.

Afterwards, Greater Manchester Police found Hashem's fingerprints at key addresses and in the Micra, which still contained traces of explosives.

He was arrested in Libya the next day and extradited last summer.

Hashem had hoarded the tins from a takeaway where he worked and fashioned prototype components, even though none was used in the final device.

Mr Penny said Hashem was "at times chauffeur, at times quartermaster, at times electrical technician" in the plot, before fleeing to his parents' home in Libya a month before the blast.

Following his arrest, Hashem, who declined to give evidence, had tried to "point the finger of responsibility" at his dead brother in a police statement.

But Mr Penny said: "At its most fundamental level, it was an attempt to evade responsibility for his own culpability, for the cruel and cowardly carnage that took place at the Arena that night."

The case saw proceedings broadcast simultaneously to courtrooms across the country, allowing victims' families to hear the evidence in real time.

A handful were present in the Old Bailey, where they sat metres away from the brother of the bomber.

Lawyer Victoria Higgins, of Slater and Gordon – which represented 11 of the bereaved families, said: "Families have waited a long time to see Hashem Abedi face justice for his crimes and I think the overwhelming emotion for most will be one of relief that he cannot hurt anyone else.

"It has been incredibly painful for them to hear, in detail, what happened to their loved ones and the calculated way in which the Abedi brothers plotted to end their lives."

A public inquiry into the bombing is due to begin in June.