Johnson: Plans ‘ready to go’ to help with meals if schools are ordered to close 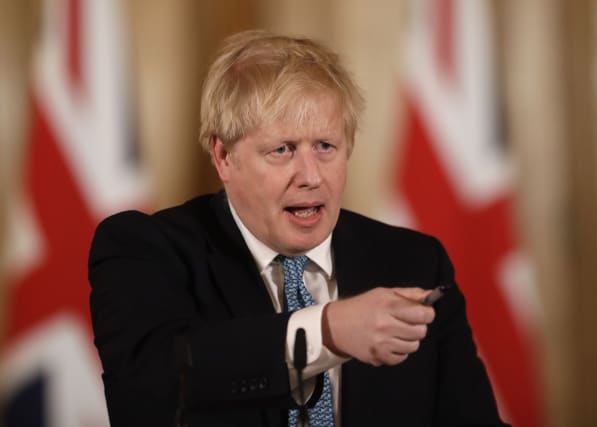 Ministers have begun drawing up plans to cope with the impact if schools are forced to close as the coronavirus crisis develops.

Boris Johnson said there were “plans ready to go” to help parents of children who will lose their free meals if schools are ordered to shut.

The Government has so far insisted school closures are not justified as part of the effort to combat Covid-19 but the biggest teachers’ union has called for that step to be taken.

Education Secretary Gavin Williamson, announcing the suspension of routine Ofsted inspections, said closures would only take place if the chief medical officer or chief scientific adviser say it is in the best interests of children and teachers.

The Prime Minister was asked at his daily press conference about the prospect of closures and the impact on free school meals.

“On free school meals, as we come to the decision on schools we will have obviously plans ready to go on that,” Mr Johnson said.

“Gavin Williamson, the Education Secretary, has a plan to make sure that parents with kids who are eligible for free school meals get the compensation or the treatment they need one way or the other, we certainly anticipated that.”

The possibility of school closures is contained in the Government’s action plan for the pandemic and Number 10 sources said they had “never shied away from the fact” that might have to happen.

The National Education Union called for schools to be closed “at least for some time and at least in some areas” due to the outbreak.

The NEU said the running of schools will become “all the more complicated” as they advise teachers and staff who are classed as vulnerable to self-isolate.

NEU joint general secretaries Mary Bousted and Kevin Courtney said there was an “apparent contradiction” between banning mass gatherings and keeping schools open, in a letter to Mr Johnson on Tuesday.

They referred to guidance that says pregnant women, people over the age of 70 and those with certain health conditions will be asked to stay at home in the coming days.

Dr Bousted and Mr Courtney said: “We intend to advise all our members in these categories or caring for people in them to stop attending schools and colleges from next Monday at the latest. Some will do so earlier.

“This will make the running of schools all the more complicated.

“Given your failure to release modelling comparing different scenarios of school closures, we are now forced to call on you to close schools, at least for some time and at least in some areas.”

Dr Bousted and Mr Courtney proposed that teachers and school leaders work on plans to open schools on a limited basis.

This would allow care for pupils whose parents work in emergency services and distribution, as well as ensuring children in food poverty have access to free school meals, they said.

“Of course, this could not be a full opening and it would mean substantial changes from the way schools are normally run – but we believe schools could be important community hubs.

“This in turn requires that Sats are abandoned and that you produce proposals on the inevitable widespread disruption to GCSE and A-level exams.”

Whitehall sources said officials had been talking to exam boards for weeks.

In a video posted on Twitter, Mr Williamson said: “The chief medical officer has said the impact of closing schools on children’s education will be substantial, but the benefit to public health would not be.

“We are following the advice of our medical and scientific community every step of the way.”

The NASUWT union said a lack of advice was creating “chaos and confusion” and placing “intolerable pressure” on school staff.

Acting general secretary Chris Keates said: “All of the announcements continue to be couched as guidance or advice, which is simply serving to increase anxiety and uncertainty.”

He said: “The advice is that it makes very little clinical difference in relation to closing schools, but that advice may change… what we do know is some teachers may be pregnant, others may have underlying health issues, a child may have a persistent cough or temperature which means mum, dad, carer decides to withdraw the child.

“I wouldn’t be surprised if, over the course of the two weeks before Easter, Government advice changes.”

Liberal Democrat education spokeswoman Layla Moran said: “The evidence the Government is following suggests that closing schools and universities is now a matter of when, not if.