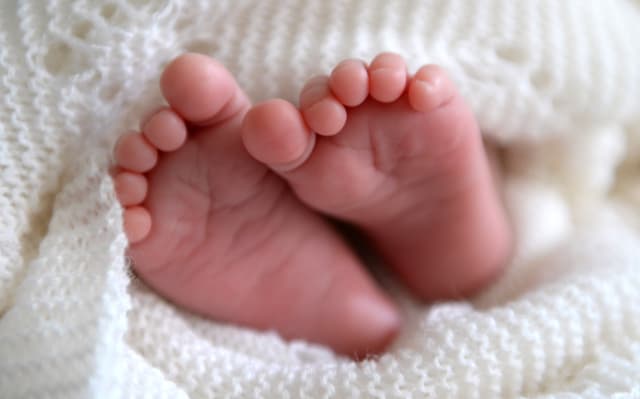 Babies named Heavenly, Phenomenal, Mate and Dream were among the new arrivals in Scotland last year, new data has revealed.

Final information for 2019 showed Jack was the most popular name of the decade for boys, while it was Sophie for girls.

Jack also remained the most popular baby name for boys in Scotland last year, while it was Olivia for girls, according to National Records of Scotland (NRS) data.

In total, 449 boys were called Jack while 394 were named Olivia.

Some parents seemed keen to choose a more unusual name for their newborn, however, with a girl called Poet, another named Excel and a boy called Legend.

There was also a boy called Phenomenal, one Heavenly, a Mate and a girl named Dream.

Some parents appeared to take inspiration from place names, with 13 girls called Paisley, four named Paris and one Vienna Reign.

Perhaps inspired by film and music there was a boy called James-Dean, two boys named Hendrix and four Bowies, while six girls were named Greta, with parents possibly thinking of the climate change movement.

Alan Ferrier, head of demographic statistics at NRS, said: “Jack and Olivia continue to be the most popular baby names in Scotland, however, this year, over 5,000 unique baby names were registered, which suggests that parents may be striving for originality and individuality when naming their children.

“Looking outside the top 100 names, it’s interesting to see the impact that popular culture is having on how parents name their children.

“More boys than ever are now called Ezra, which may be a result of the popularity of singer George Ezra.

“The Peaky Blinders trend has continued outside the top 100 names, the latest statistics show a continued rise in the number of babies named Cillian following the launch of the hit TV show and star actor Cillian Murphy, the names Polly and Chester have also increased in popularity in this time.”

The new lists from National Records of Scotland (NRS) replace the top 100 lists published in December and include the first forename of every baby whose birth was registered that month.

Other names in the top five for boys were Charlie in fourth place, followed by Harris, while for girls Sophie was the fourth most popular name, with Ella fifth.

The NRS data also identifies the top names in each decade and revealed the top three first forenames for births that were registered from 2010 to 2019.

NRS said the name James continues to be popular and is the only name to have been in the top 10 for boys in every year from 1974, the first for which the NRS website provides this information.