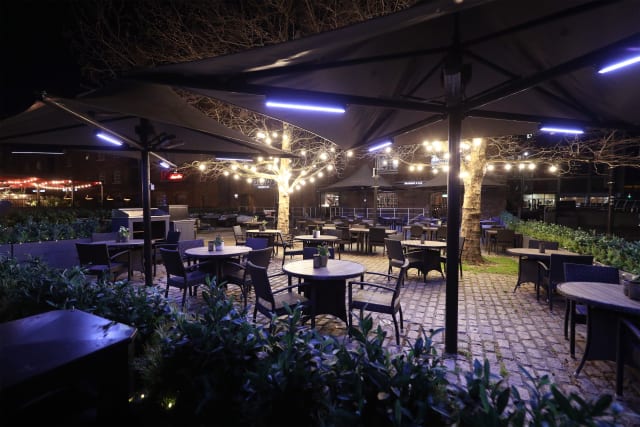 Pressure is ramping up on the Government to help the hospitality industry as it faces a “dire” situation during the coronavirus pandemic, with Boris Johnson’s approach condemned as “staggeringly reckless”.

Industry leaders have warned firms will go out of business without urgent state help to get through the next few months.

High-profile figures including chefs Simon Rimmer and Raymond Blanc have joined calls for the position to be made clear after the Prime Minister told people to stay away from bars and restaurants but stopped short of ordering entertainment venues to close.

Chancellor Rishi Sunak will set out a new package of support on Tuesday afternoon for businesses hit by the outbreak.

Many have said while they understand the need to protect public health, the lack of an enforced shutdown means businesses cannot claim insurance, a move described by food critic Jay Rayner as “staggeringly reckless”.

He tweeted: “Let me add my voice to the justifiably outraged clamour of those furious at the govt for insisting hospitality and entertainment industries shut down without legally mandating them to do so, meaning they can’t claim insurance. Staggeringly reckless.”

Blanc claimed the hospitality industry is being “sacrificed” and “battered”, accusing Mr Johnson of a lack of clear direction, while Rimmer said it will not take long for his sites to go out of business.

He tweeted: “We have no insurance claims to protect us as it’s not an enforced closure. It won’t take long for us to go out of business permanently.”

Blanc said businesses across the spectrum from “humble bistros” to Michelin star establishments have been left “in… no man’s land”.

Another industry figure said a lack of clear financial help was effectively condemning the industry to death, while London Mayor Sadiq Khan urged the Government to follow the example of other countries by providing a clear financial aid package.

The association’s chief executive Emma McClarkin said the industry is facing “an existential crisis” as a result of the new guidance, insisting thousands of jobs will be lost without financial help from the Government.

She said: “Forced pub closures without a meaningful support package will have a catastrophic financial and social impact.”

The letter calls for the Government to cancel all business rates payments for six months, as well as all tax payments including PAYE, VAT and corporation tax for pubs and hospitality businesses.

Mr Khan told ITV’s Good Morning Britain: “What the Government has got to do is one of two things – either clarify and confirm it’s a ban so these businesses can claim for insurance or make sure these businesses are given some help, whether that’s cash flow issues, help with rates, with rent, with charges.”

At a press conference in Downing Street on Monday afternoon, Mr Johnson advised: “You should avoid pubs, clubs, theatres and other such social venues.”

Asked whether pubs, restaurants and theatres were being ordered to close, the Prime Minister said: “What we are doing is giving very strong advice that public venues such as theatres should no longer be visited.”

He said enforcement powers are there if needed, but added: “I don’t believe it will be necessary to use those powers.”

Mr Johnson added: “We are going to make sure that we do everything we can to give them the liquidity that they need.”

He told BBC Radio 4’s Today programme: “To do that to an industry without any fiscal support whatsoever condemns us to death effectively.”

Mr Jones said “enormous state intervention” is needed, adding: “We are days away from large-scale closures of restaurants throughout the UK.”

Caroline Norbury, chief executive of the Creative Industries Federation and Creative England, said the new advice was a “crippling blow to the UK’s creative industries” which mean they may not be able to claim compensation for the “huge losses” they face.

UKHospitality chief executive Kate Nicholls said the guidance left the industry in “limbo with no recourse to insurance”, describing it as “catastrophic” for businesses and jobs.

Danny Kwiatkowski, owner of The Rose in Bermondsey, south-east London, told the PA news agency he was “astounded” at the lack of support for employees.

An Association of British Insurers (ABI) spokesman said: “We are working with members to assess the situation, and that firms should, in this fast-moving situation, talk to their insurer or insurance adviser.”