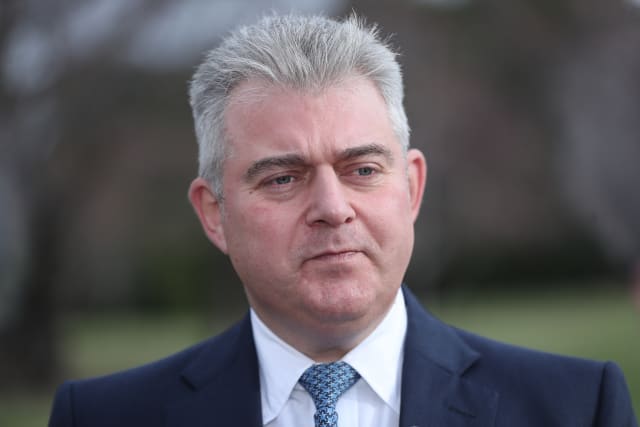 The Government has pledged to “end the cycle of re-investigations” in a set of proposals to deal with Northern Ireland’s troubled past.

Once cases have been considered, there will be a legal bar on any future investigation occurring, under the new proposals.

Secretary of State Brandon Lewis said ending repeated re-investigations, where there is no new compelling evidence, will deliver on his Government’s promise to protect former soldiers from “vexatious claims”.

The suite of proposals come after the Government promised to deliver a way forward on legacy matters within 100 days of the New Decade New Approach deal.

They include a pledge to ensure that Northern Ireland veterans receive equal treatment to their counterparts who served overseas.

The proposals also include a “new independent body” to provide information to families and “swift examinations” of all unresolved deaths from the Troubles.

Only cases where there is “new compelling evidence and a realistic prospect of a prosecution” will be investigated in the proposals.

Meanwhile, once cases have been considered, there will be a legal bar on any future investigation occurring.

The bill would introduce a five-year cut-off point from the date of an incident unless there are “exceptional” circumstances, meaning it would be in the interests of justice to prosecute.

New prosecutions would also need the consent of the Attorney General before they can proceed.

If passed, it would further require the court to consider the operational context of an incident when deciding whether to extend the normal time limits for bringing civil claims for injury or death.

This requirement would also extend to claims brought under the Human Rights Act in connection with overseas operations.

There would also be an absolute limit of six years from the date of the incident for bringing civil claims of personal injury or death or Human Rights Act claims in connection with overseas operations.

The law would also compel future governments to consider opting out of the European Convention on Human Rights in relation to significant overseas military operations to avoid claims being brought under the act.

The package also proposed a central resource to be created to share experiences and narratives related to the Troubles.

Mr Lewis said victims have been at the heart of the government approach to “help the region move on to a brighter future”.

“I hope that by giving as many families as possible information on how their loved ones lost their lives, we can help ease the difficult process of reconciliation,” he said.

“We owe a huge debt of gratitude to our Armed Forces for their service in Northern Ireland.

“That’s why these proposals also put an end to repeated re-investigations where there is no new compelling evidence and deliver on our promise to protect veterans from vexatious claims.”

The Government will now begin engagement with the Northern Ireland political parties, and the Irish government, to discuss the proposals in detail.