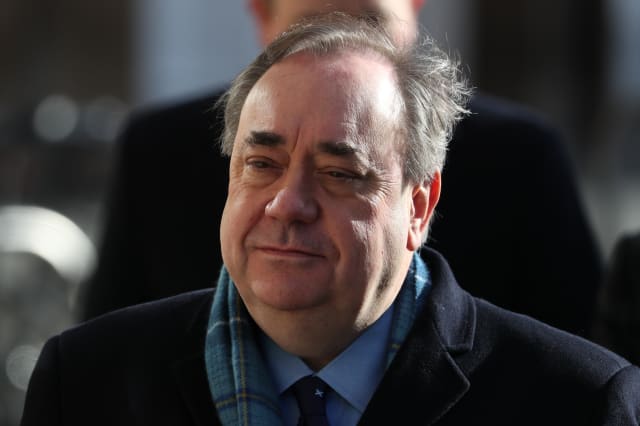 Former first minister of Scotland Alex Salmond has started giving evidence in his trial over accusations of sexual assault and one of attempted rape.

Salmond took to the witness box at the High Court in Edinburgh on Tuesday morning.

The 65-year-old faces 13 charges of alleged offences against nine women, all of which he denies.

He was formally acquitted of one charge of sexual assault on Monday after the Crown offered no evidence, reducing the total from 14 charges against 10 women.

The Crown case concluded on Monday.