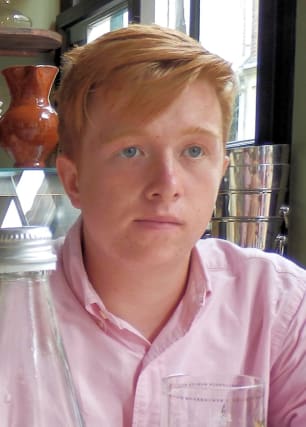 A £10,000 reward has been offered for information about the murder of a “gentle and vulnerable” man after a New Year’s Eve party.

Billy Henham, 24, was found dead in a squat in North Street, Brighton, on January 2 after attending a party held there.

Mr Henham, from Henfield in West Sussex, was described by his family as a “creative and independent” son and they lamented that his “guardian angel sadly lost sight of him on New Year’s Eve”.

More than two months on from the killing, Crimestoppers has announced a £10,000 reward for new information.

The charity’s Sussex regional manager Glenys Balchin said: “Our thoughts are with this young man’s family, who say that he was an independent and creative person who had a wonderful gentle demeanour.

“They fear his friendly manner and open outlook made him, at times, somewhat vulnerable.

“We know that some people are often too scared to speak directly to the police for fear of revenge, which is why our charity is here to help.

“I’m asking you to please do the right thing and should you know who was responsible for Billy’s death, to speak up.

“Everyone who contacts Crimestoppers stays 100% anonymous. Always. Even if you think your information is insignificant, it could make all the difference.”

Anyone with any information about who was responsible for Billy Henham’s murder can contact Crimestoppers charity anonymously on 0800 555 111, or through the untraceable Anonymous Online Form at www.crimestoppers-uk.org.

In a moving tribute to Mr Henham after his death his family said: “Our son Billy was a man who walked his own beat, creative and independent.

“His gentle demeanour and belief that the world was a friendly place meant he made himself vulnerable at times.

“His guardian angel who had looked after him on so many other occasions sadly lost sight of him on New Year’s Eve.

“So many people have kindly shared their happy memories of him with us, their love and kind words are giving us all huge support at this terrible time.”