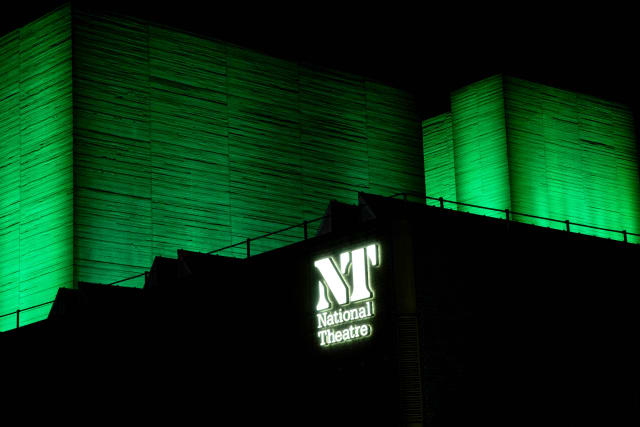 Theatres in the West End and around the UK will close from Monday night as part of stringent new measures to prevent the spread of coronavirus.

The Society Of London Theatre (SOLT) – which represents hundreds of theatres in the capital including the National Theatre, London Palladium and London Coliseum – and UK Theatre said the decision was “not taken lightly”.

Prime Minister Boris Johnson told a press briefing on Monday: “What we are doing is giving very strong advice that public venues such as theatres should no longer be visited.

Theatres will remain closed until further notice and will reopen as soon as possible, following Government recommendations, SOLT and UK Theatre said.

Ticket-holders for cancelled shows will be contacted by ticket providers and are entitled to a refund.

They are asked to bear in mind that customer service teams are extremely busy.

Julian Bird, chief executive of SOLT and UK Theatre, said: “We are extremely grateful to all of our audiences who have continued to support us for as long as they can, and to theatre staff across the country who have worked so hard in recent weeks to ensure the safety and enjoyment of audiences.

“Closing venues is not a decision that is taken lightly, and we know that this will have a severe impact on many of the 290,000 individuals working in our industry.

“In these uncertain times, SOLT and UK Theatre remain committed to helping provide vital support for those in need, and hope we are able to welcome audiences back to our theatres before too long.”

Many theatres that have been forced to cancel performances are charitable enterprises, and while ticket-holders are entitled to a refund for cancelled performances, those who can afford to do so are encouraged to donate the cost of their ticket to show support for the industry.

Over the coming weeks, SOLT and UK Theatre will provide updates to the industry and the public as the situation changes, sharing Government and NHS advice.

Jason Manford, starring in touring musical Curtains, said his show was still going ahead because the Government advice was too vague.

He wrote on Twitter: “Show‘s going on (I’m getting into costume).

“Cos of how vague PM has been (whereas other leaders have been definitive in their actions) he has still left decisions to theatres (thus meaning everyone is terrified of making the decision incase they get sued for breach of contract).”

Musical Wicked confirmed it will not go ahead tonight, with a message on the show’s official Twitter page reading: “Tonight’s performance (16 March) of Wicked will not proceed and we expect to provide further clarification as soon as it is received from UK Government.”

The Royal Opera House said it will close the building to the public and cancel all performances in Covent Garden with immediate effect.

A statement said: “The safety and security of the Royal Opera House staff, audiences and artists is of paramount importance and we take this responsibility very seriously.

“In light of the Covid-19 pandemic, we have taken the decision with a heavy heart to close the building to the public and cancel all performances in Covent Garden with immediate effect.

“The staff and artists of the ROH are vital to the lifeblood of our art forms, without them we would simply not exist. This suspension of performances will impact not only our loyal audience but also our committed and talented workforce.

“We will work within the Government guidelines to ensure the safety and wellbeing of our staff and artists during this difficult time.

“Our employees, permanent and casual, are reliant on the income which we derive through ticket purchases. Without performances it is inevitable that we will become more reliant on philanthropic support and charitable donations.

“Where possible, we ask that audiences consider donating the value of their tickets to the Royal Opera House Covent Garden Foundation rather than requesting a credit note or refund.

“You can keep up to date via the ROH social media channels for announcements on the programme of free broadcasts we will bring you during this period of closure.

“We thank you for your continued support of the ROH, it is invaluable during these uncertain times.

“Our number one priority is to support each other during this unprecedented situation.”