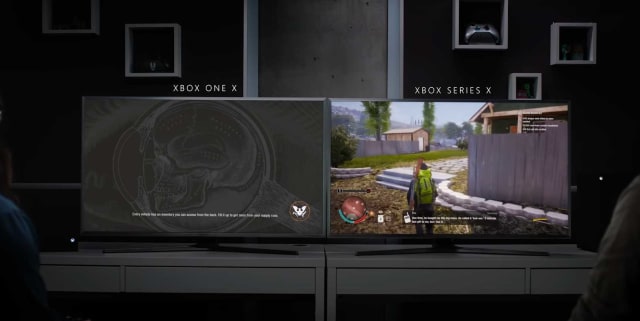 Microsoft has teased gamers with a taste of the speeds they can expect from its next-generation Xbox console.

A video released by the tech giant shows the current Xbox One X alongside the Xbox Series X, loading the same State of Decay 2 game.

Within 11 seconds, gameplay commences on the Xbox Series X while its predecessor takes another 40 seconds or so to get started.

As Microsoft notes, the demonstration uses a backward compatible Xbox title and not a game optimised for Xbox Series X, meaning titles eventually built specifically for the new console using the maximum technology available may not load quite as fast.

Another video also reveals the speed its new Quick Resume technology works at, allowing players to seamlessly switch from one game to another, almost instantly.

It comes as the console maker revealed more detailed specs about its upcoming gaming device, which includes support for a 1TB expansion card, on top of an internal 1TB, helping to power such fast loading demands.

“While the Xbox Series X will deliver a massive increase in GPU performance and continue to redefine and advance the state of art in graphics with new capabilities such as hardware accelerated raytracing, we don’t believe this generation will be defined by graphics or resolution alone,” said Jason Ronald, director of product management for Xbox Series X.