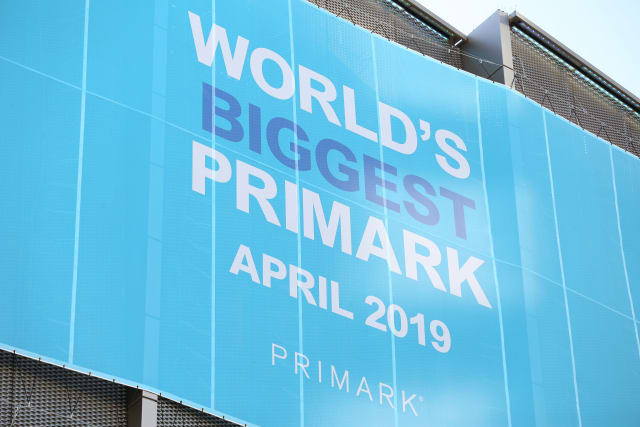 Shares in the owner of Primark were suspended for an hour on Monday, after it released a bruising report into the effects of coronavirus on its business.

The London Stock Exchange said that trading in Associated British Foods (AB Foods) was halted at about 9am after the company’s shares inexplicably fell by 100% to 0.01p.

Shares are typically suspended when there is a rush of trades in a particular company. Circuit breakers can come into effect if a stock falls too far, too quickly.

Analysts speculated that the spectacular drop from 1,834p per share to basically zero could be because a trader hit the wrong button on their computer, a so-called fat-finger error.

The PA news agency has contacted both AB Foods and the London Stock Exchange for comment.

Whole stock exchanges have been halted in recent weeks as indexes fell too far because of coronavirus fears.

When they started trading again an hour after being suspended, the shares were back at about 1,600p, about 12% down.

Earlier in the day AB Foods said Primark has been forced to close stores accounting for nearly a third of its sales, as European governments shut down high streets to prevent the spread of coronavirus.

The budget retailer’s stores in France, Spain and Austria were expected to make sales of £190 million over the next four weeks.

They represent about 20% of Primark’s selling space around the world.

Governments in the three countries have forced all non-essential stores to close as they try to put a lid on the spread of Covid-19, which has infected thousands.

The World Health Organisation last week declared that Europe had become the epicentre of a global pandemic.

The outbreak has also seen sales falling elsewhere, as people stay away from high street shops. This includes the UK, where Primark makes 41% of its sales.

“We are managing the business appropriately but do not expect to significantly mitigate the effect of the contribution lost from these sales,” AB Foods said.

There was happier news from China. In February Primark had warned that its factories there were closing, which could have a knock-on effect on its supply chain.

However most of the factories which supply it have now re-opened, the company confirmed on Monday.

“As a result, supply shortages from that country are now expected to be minimal,” AB Foods said in a statement.

The company added: “Our priority continues to be the health and safety of our colleagues, customers and partners.

“Each of our businesses are closely monitoring the current and potential effects of the outbreak on their operations.”

AB Foods said that in the first half of the financial year adjusted operating profit will be ahead of previous expectations, as Primark racked up better margins.