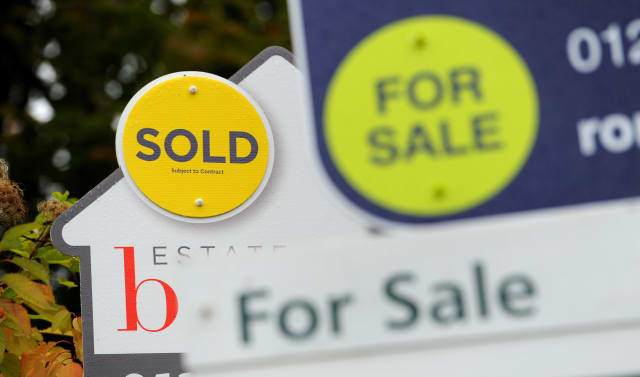 Estate agents have reported a dwindling number of property viewings as coronavirus spreads.

The slowdown in house hunter activity comes despite property website Rightmove saying the average price tag on a home reached a new record high of £312,625 in March.

Property professionals said while viewings were down, people who were already in the process of sales were continuing to proceed.

Jeremy Leaf, a north London estate agent and a former residential chairman of the Royal Institution of Chartered Surveyors (Rics), said: “Viewings are probably down 50% now, rather than the 25% we saw a week ago, but that doesn’t necessarily mean that buyers and sellers are not getting on with moving.

“For instance, we managed to secure four exchanges of contract on Thursday and Friday of last week.

“All parties asked the what if question about completion but all decided to proceed nonetheless.”

He added: “We are not seeing sales or listings being cancelled widely yet.

“On the ground, most customers are just hoping the virus will be relatively temporary and not medium or longer-term.

“If employees are laid off or made redundant and businesses close then bigger decisions will have to be made and there may be a more noticeable market correction.

“But at the moment most seem to be hanging on in there.”

Patrick Alvarado, director of prime central London estate agency Nicolas Van Patrick,  said: “Viewings have pretty much dried up over the past week but that said, the deals under offer are still being done.”

Guy Meacock, director of buying agency Prime Purchase, said: “Some viewings are being cancelled in London and there is a feeling that it has brought any perceived ‘Boris bounce’ to an end.

“Activity may be on ice until the autumn when there will hopefully be more clarity.”

He added: “The coronavirus may lead to a change in how we market our homes, with the question being: how do I get fewer people through my door but make sure they are better quality?

“Vendors clearly don’t want a load of unknown people traipsing through their home so there may be a move towards far more discreet advertising of property from those who still need to sell.”