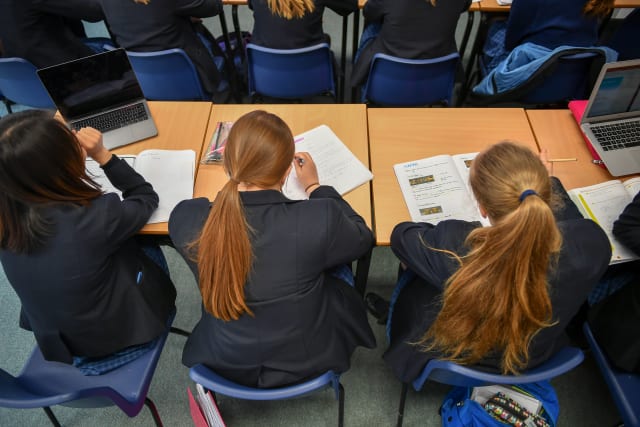 Education Secretary Gavin Williamson and school leaders have discussed the possibility of postponing the summer exams to September because of the coronavirus outbreak.

Mr Williamson met with representatives from the NAHT school leaders’ union, the Association of School and College Leaders (ASCL) and the Confederation of School Trusts (CST) on Monday about the issue.

ASCL general secretary Geoff Barton said there was a “sense of urgency” during the meeting for a decision to be made around school closures and exam postponement.

He told reporters after the meeting outside the Department for Education that they would be returning on Wednesday to speak to Mr Williamson about the Government’s plans.

Mr Barton said: “What we did was to explore a number of possibilities.

“So if exams were being pushed further back in the summer, whether it is possible to run them in September, and there are all kinds of logistical areas there.

“We were able to map out some of the implications and (we will) regroup later in the week to listen to the response.”

Exam regulator Ofqual has already said students taking GCSEs, AS or A-levels should be available from the date of their first exam up to June 24, which has been set aside as a contingency day.

Mr Barton said any decision made will lead to “unintended consequences”, which is why more time was needed to think the options through.

“The fact we are coming back on Wednesday I think is an indication there is a real recognition that the public and school and college leaders need to have a real sense of clarity in the direction of travel,” he added.

He said the Education Secretary was also made aware that it was becoming “more and more difficult to answer some of the practical difficulties in keeping schools open” with more staff self-isolating due to coronavirus.

NAHT general secretary Paul Whiteman said: “What we were saying was the difficulty of that (keeping schools open) is if you are trying to run a school and you have lots of members of staff ill, how do you do that?”

A spokesman for the Department for Education said: “Today, the Education Secretary met with organisations representing school leaders as part of ongoing engagement to ensure that the coronavirus outbreak has the least possible impact on children’s education, and assure them that any actions taken will be based on the latest medical and scientific guidance.

“The Government’s advice continues to be for all schools to remain open unless Public Health England instruct them otherwise.”