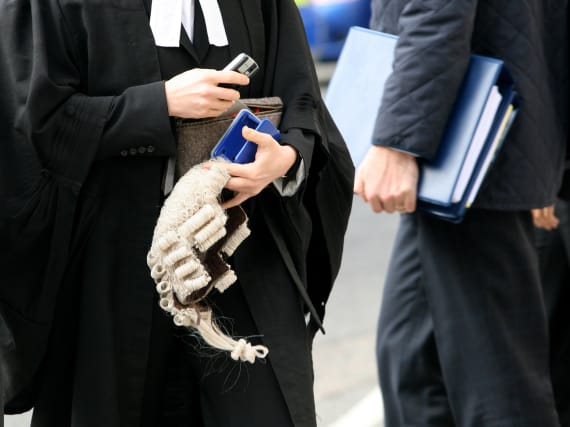 Lawyers are working in a “petri dish” for coronavirus, a leading barrister warned.

Joe Brolly said Derry courthouse was packed with members of the public, lawyers and defendants.

He said: “No hand sanitisers anywhere. No precautions of any kind.

“Hands on searches as coming into the building. This is a petri dish for coronavirus.”

Lawyers have criticised Stormont’s Department of Justice for continuing to keep courts sitting amid the outbreak.

Barrister and GAA pundit Mr Brolly has been one of the most outspoken, describing a scene in Londonderry Magistrates’ Court on Monday morning as “chaos”.

John Finucane, a lawyer and Sinn Fein MP for North Belfast, said the situation at Belfast’s Laganside court house was the same.

He said: “Thirty student Police Service of Northern Ireland (PSNI) officers also brought into court, along with hundreds of others who don’t need to be there.

Amid the uncertainty, Lord Chief Justice Sir Declan Morgan said no new jury trials would be commencing until further notice.

He told jurors who are currently serving on trials on inquests to continue attending.

Mr Finucane said: “Today we saw a regression in the situation in Belfast courts with even more unnecessary attendances compounded by closed toilets.

“Most don’t have the choice whether to attend our courts. Our legal profession is alarmed and worried.

“If ever a situation called for action it is now.”