Irish Government warns against all non-essential travel including to UK 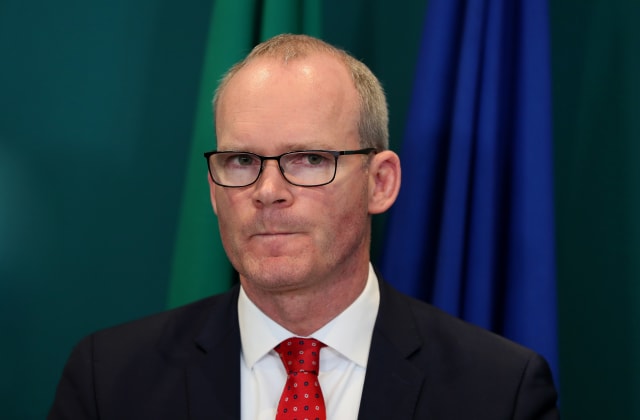 The Irish Government has recommended all citizens should avoid non-essential overseas travel until March 29 in a bid to prevent the spread of the coronavirus.

Deputy premier Simon Coveney told a press briefing in Dublin that the Government’s advice against all non-essential movement out of the Republic includes the UK but not Northern Ireland.

“Distinguishing between countries is increasingly difficult because of the rapid pace of the spread of the virus,” the Tanaiste said.

“We don’t want Irish people stranded in different parts of the world and Europe unable to get home.”

Mr Coveney said the travel restrictions will be imposed on everyone who enters the Republic from now on. People who arrive will be asked to restrict their movements.

He said: “It is not quite self-isolation but involves significant restrictions.”

He said non-essential travel can be defined as “people who are choosing to go overseas and do not need to. This is our clear health advice”.

“We cannot be sure if they can get back and we predict there will be major disruptions to all flight activity in the coming weeks.

“Non-essential travel should not be happening to and from this island – we want to keep people safe and we want to ensure people get back safely.”

Irish premier Leo Varadkar said he expects an “exponential rise” in confirmed cases of Covid-19 in the Republic every day for the next couple of weeks.

He added that most people will not require a stay in hospital but some will require intensive or critical care.

“The objective is to flatten the curve but the curve has to rise exponentially before it decreases,” the Taoiseach said.

It comes as thousands of pubs and bars across the Republic were urged to close by the Government on Sunday night.

It is estimated up to 140,000 people who work in restaurants, pubs and childcare have been laid off work because of measures taken to tackle Covid-19.

Mr Varadkar said: “Tens of thousands of people will be laid off and we will see unemployment rising again to a level we haven’t seen in 13 or 14 years.

“I want to say to those people who have lost their jobs, support is there for you, whether you’re unemployed or self-employed.”

Mr Varadkar said the Government will work to ensure people who have lost their jobs can pay their mortgages and rent.

“We will hire everybody that we can to work in the Irish health service,” he said, appealing to retired healthcare professionals and students to apply.