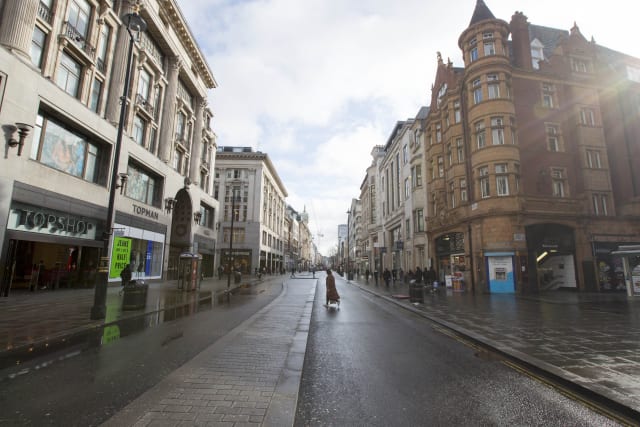 The Government’s advice for people to avoid pubs, clubs and theatres in a bid to halt the spread of coronavirus is “catastrophic” for jobs and businesses, sector leaders have said.

They have called for the Government to step in and support businesses because they are concerned they will get no compensation from insurers.

At a press conference in Downing Street on Monday afternoon, Prime Minister Boris Johnson advised that people should start working from home “where they possibly can”.

But industry leaders branded the advice as “catastrophic” and an “existential threat”.

They said they were concerned that because the Government had not ordered them to close businesses will not be able entitled to insurance payouts.

“As the social distancing measures announced this afternoon are only advisory, rather than an outright ban, we are deeply concerned that creative organisations and cultural spaces will find they are unable to claim compensation for the huge losses they will experience as a result of COVID-19.”

“The government has effectively shut the hospitality industry without any support, and this announcement will lead to thousands of businesses closing their doors for good, and hundreds of thousands of job losses.”

“You can’t tell the nation to avoid ‘pubs and clubs’ and not officially ‘close us’ so that we can claim our insurance.”

Shadow Culture Secretary Tracy Brabin said on Twitter that the Prime Minister needed to “urgently clarify” whether theatres, music venues and other venues will be entitled to claim insurance.

She added: “PM must urgently clarify theatres, music venues and other cultural institutions affected by his statement can claim insurance.”

Emma McClarkin, chief executive of the British Beer and Pub Association, said that the Government must step in and provide a package of support for the sector.

She added: “The very existence of some pubs is now at threat.

“Urgent measures to ensure cash flow and cost reduction is of absolute necessity.

“Government action now can save jobs and save pubs.”

Tim Foster, co-founder of The Yummy Pub Co, said the new measures will cripple his business.

He said he may have to lay off nearly 90 members of staff across four pubs in and around London.

“This will potentially kill 12 years of local business and everything I have done in the last 12 years.”

Danny Kwiatkowski, owner of The Rose in Bermondsey, south-east London, told the PA news agency he thought closing was “probably the most prudent thing to do”, but added: “What I’m astounded at is the total lack of support for our employees.”

Speaking in the House of Commons on Monday evening Health Secretary Matt Hancock told MPs he appreciated the latest advice had consequences.

When asked if the Government could give advice on whether pubs and restaurants should close or not so that they could claim on insurance Mr Hancock said: “We’re advising against all unnecessary social