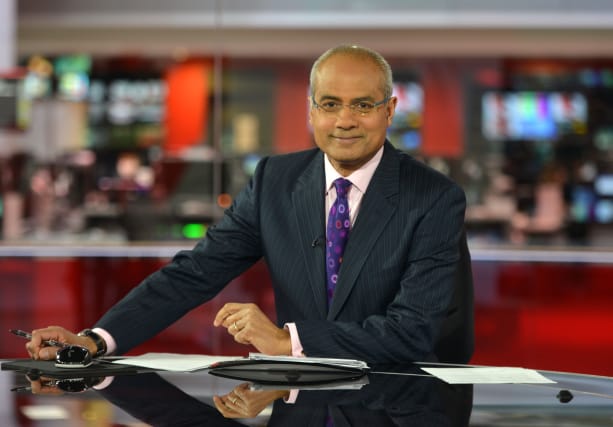 George Alagiah said he has made the “difficult decision” to withdraw from the BBC’s newsroom amid the Covid-19 pandemic.

The newsreader, 64, was diagnosed with stage-four bowel cancer in April 2014 and continues to receive treatment.

Alagiah’s agent Mary Greenham, from Newspresenters, told the PA news agency he will not be working from the newsroom after consulting with his doctors and editor.

Alagiah said: “It’s been a difficult decision.  At a time like this I so wanted to play my part in the BBC Newsroom, working with my colleagues to report on this unprecedented crisis – especially as so many are turning  to the BBC to make sense of what can seem a frightening and confusing situation.

“After talking to my doctors and my editor we all decided that, on a balance of risks, it was probably best that I withdraw from the newsroom.”

The Government has advised people classed as “vulnerable” to ensure they are “largely shielded from social contact” for around 12 weeks, or possibly longer.

This includes people over the age of 70, pregnant women and people with certain health conditions or undergoing treatment such as chemotherapy.

Alagiah underwent 17 rounds of chemotherapy to treat advanced bowel cancer in 2014 before returning to presenting duties in 2015. In January 2018, he revealed that the cancer had returned.