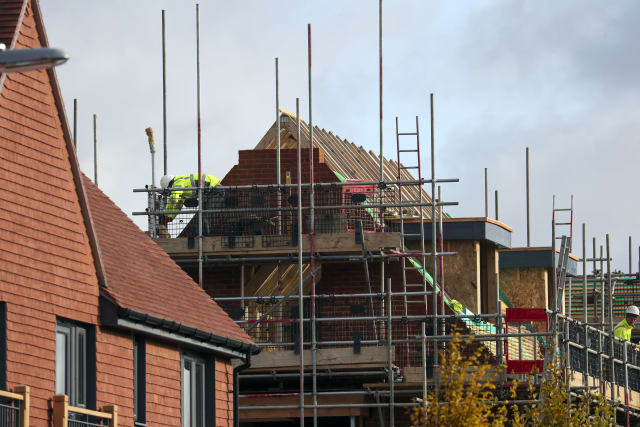 Developers could be forced to make sure new-build homes are fit to carry gigabit-speed broadband.

Government plans will make it a legal requirement to install high-quality digital infrastructure from the outset and make it a priority as part of the build.

One in five new-build homes are still being constructed without gigabit-speed connections, according to the Department for Digital, Culture, Media and Sport (DCMS).

These are mostly among smaller developments, because of the cost or lack of time for network operators to build in connections.

“This legislation means every new home will be built fit for the future and give people access to world-class broadband speeds from the moment they move in,” said Digital Secretary Oliver Dowden.

“It’s all part of our plan to deliver on our commitment to give everyone in the UK access to gigabit broadband, as we connect and level up the country.”

It will apply to all new residential dwellings, including conversions and self-built homes, but excluding renovated buildings, schools, hotels and prisons.

The Conservatives pledged at the election to bring full fibre and gigabit-capable broadband to every home and business in Britain within five years.

Legislation will be put before MPs as soon as parliamentary time allows, DCMS said.

However, developers will not be bound by the measures on new-builds where providing gigabit-capable connectivity will cost them more than £2,000.

As building regulations are a devolved matter, legislative amendments to the Building Regulations 2010 will apply to England only.

The Government says it will work closely with the devolved administrations to help them implement it in a consistent manner across the UK.

“We are building more new homes than at any time in the last 30 years and helping more people to get on to the ladder,” said Housing Secretary Robert Jenrick.

“We want to ensure those new homes are high quality and fit for the future.

“Today’s announcement will deliver internet speeds 200 times faster than you would need to watch an HD film on Netflix.”

Operators will contribute to the costs, with Virgin Media committing at least £500 and in the case of some larger sites £1,000, while Openreach will put in a combined contribution with developers of £3,400, with a maximum developer contribution of £2,000.

“We welcome the Government’s announcement that all new-build homes will be required to have the infrastructure to support gigabit-capable connections, and we will work closely with government and housebuilders on the best way to deliver this,” said Clive Selley, chief executive of Openreach.

Lutz Schuler, chief executive of Virgin Media, said: “By busting these broadband barriers, Government and industry can work together and ensure new homes are no longer left behind in the gigabit broadband revolution.”