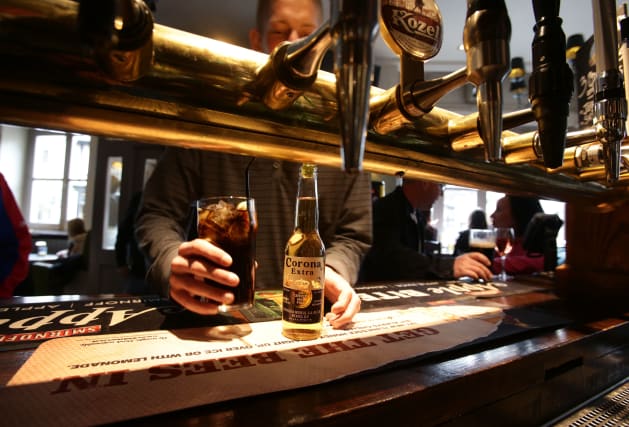 A pub owner has warned many businesses could go bust if people continue to avoid town centres and high streets amid the spread of coronavirus.

Tim Foster, co-founder of The Yummy Pub Co, said he may have to lay off nearly 90 members of staff across four pubs in and around London.

He said his pubs have suffered a sales loss of between 15 and 35% this week compared to last year, which he predicts could drop to as low as 80% in the coming weeks.

“We are planning for the worst-case scenario,” he said.

“If we continue at this rate, in the next three weeks we won’t survive, we may become insolvent.”

Mr Foster believes matters will get worse if the Government introduces social distancing measures which have been implemented in some countries across Europe, including Ireland.

He believes pubs should remain open if owners take precautions such as checking the temperature of staff.

He added: “If people are responsible with washing hands then we can minimise the risks.”

His sentiments were echoed by consumer group Campaign for Real Ale (Camra).

“Reduced custom or even enforced closure due to Covid-19 would have a devastating effect on the pub industry and the many millions of people it employs, with many pubs potentially never reopening,” said Camra chief executive Tom Stainer.

“We continue to encourage consumers to support pubs through this difficult time, while taking appropriate precautions and following official advice.”

Kate Nicholls, chief executive of trading association UKHospitality, is calling on the Government to subsidise wages for staff until the crisis ends.

She has also suggested reductions in business rates and postponing VAT to help pub owners save costs.

“We might get to the point where businesses are laying off staff if footfall numbers continue to deteriorate,” she said. “Some may have to temporarily close.

“Public health is the priority but we must protect workers in this situation.”

She cited figures from data analytics group Wireless Social, which found a 44% fall in footfall in major cities on March 15 compared to the same day last year.