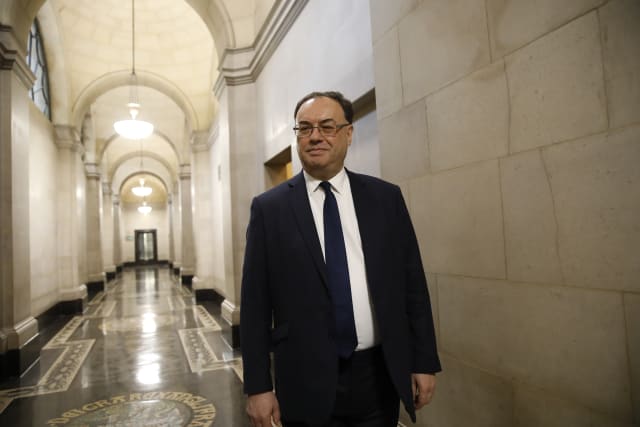 The new governor of the Bank of England has started his first day in the job vowing to take “prompt action again” to deal with the economic fallout from the coronavirus pandemic.

Andrew Bailey, who took over from Mark Carney on Monday, said the Bank was in discussions with epidemiologists to better understand how long the virus is likely to hit businesses.

Most economists agree the worldwide economic fallout is likely to be extreme, with forecasts for a recession already made.

Mr Bailey, who also spoke to the Prime Minister on Monday, said: “There’s two parts. First of all, of course, is how long Covid itself is going to go on for, obviously that’s not something that, as a central bank, we have an expertise in.

“We’re working very closely with epidemiologists to understand that. That will obviously have an effect on the economy, no question about that.

“The second part, which we emphasised last week, which we are very keen also to ensure doesn’t happen, is that the economic effects that materialise during the period of Covid then get extended onwards, by virtue of effectively the damage that’s done to the economy, and that’s something that we want to want to minimise and stop.

“And that’s why you saw prompt action last week.”

Last Wednesday the Bank of England slashed interest rates from 0.75% to 0.25% and announced further Bank measures to ensure businesses do not run out of cash to function and pay their staff.

Mr Bailey was speaking hours after the US Federal Reserve also slashed interest rates and pumped 1.5 trillion dollars (£1.22 trillion) into the markets to try to persuade investors that there are enough US dollars in the system.

Mr Bailey said the co-ordinated action on US dollars was “a step forward”.

“So the fact that the Fed, with the other central banks, have extended swap lines so we can provide essentially three-month dollar money. Dollar money is a step forward.

“We’re going to see how that works its way through the markets today, in the coming days, to see what effect it has, but I would emphasise that this is strong co-ordination among central banks.”

Economists are expecting heavy recessions not seen since the financial crisis, but point out that with the situation changing so rapidly, it remains difficult to create precise predictions.

James Smith, an economist at ING Economics, said the UK can expect “a sizeable hit to consumer activity, particularly concentrated in travel and hospitality, including restaurants, and mostly hitting during the second quarter.”

He added ING expects a further interest rate cut by the Bank of England to 0.1%, with the UK likely to enter a technical recession.