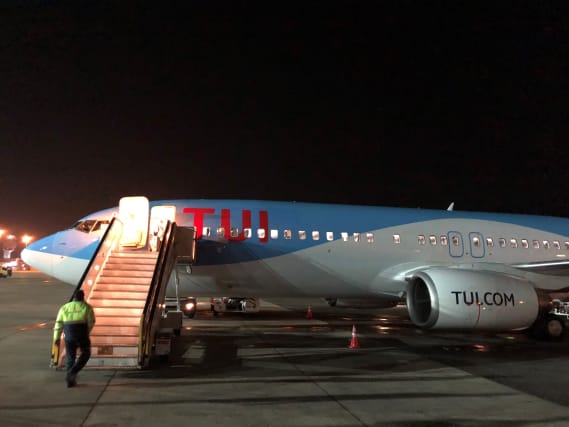 A weeks-long market rout showed no signs of slowing on Monday as London’s top-flight companies lost another £117 billion of their combined value.

The FTSE 100 fell by as much as 8.7% shortly after trading started in the UK, as traders responded to a flurry of bad news caused by the coronavirus.

It means a loss of around £95 billion from the value of the top stocks in London, and adds to the more than half a trillion pounds that were wiped off the index in the previous three weeks.

The UK’s biggest airlines were the clear losers on Monday, as easyJet, Ryanair and British Airways all announced stinging cuts to their flight schedules.

EasyJet said a “majority” of its planes could be grounded, Ryanair did not rule out a full grounding, and British Airways owner IAG revealed that its capacity for April and May would be cut by “at least 75%” compared with 2019’s levels.

In response, IAG’s shares fell by around a quarter, easyJet’s by 21% and Ryanair’s by 18%. Tui, which suspended all package holidays, dropped by a third.

Rolls-Royce, which builds aeroplane engines, also lost around a fifth of its value.

Getting a boost from self-isolating shoppers, online supermarket Ocado was one of the only positive performers, jumping 6%.

It was another awful day for companies trading out of London, as they come to terms with what the coronavirus outbreak might mean.

And it does not seem to matter what authorities do to shore up business – over the weekend the US Federal Reserve slashed interest rates to zero, and announced a giant 700 billion dollar (£570 billion) programme of quantitative easing.

Russ Mould, investment director at AJ Bell, said: “While central banks around the world continue to fire everything they have to mitigate against a coronavirus impact on the markets, they weren’t able to prevent further carnage on Monday. The FTSE 100 marked lows not seen since the financial crisis and is testing the 5,000 mark.”

He added: “With scores of countries entering lockdown and little certainty on how long such draconian measures might be in place, investors are taking flight even if this means crystallising heavy losses which might ultimately be recovered once the crisis has been averted.”