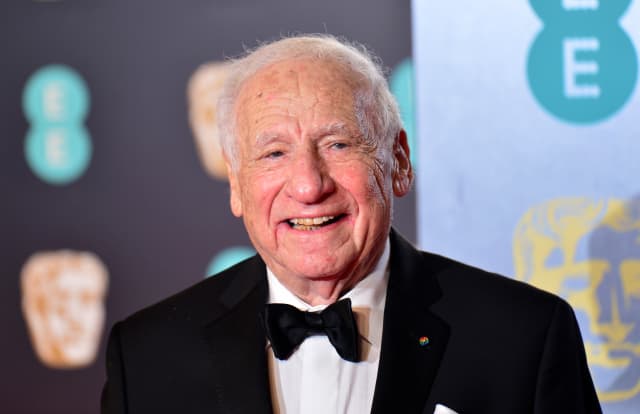 Revered director Mel Brooks is the latest celebrity to urge people to enact social distancing in an attempt to halt the spread of Covid-19.

Brooks, 93, appeared in a humorous video with his son, writer Max Brooks, who explained the importance of staying away from his elderly father.

In a nearly minute-long clip shared on Twitter, Max addresses the camera while Brooks, director of 1970s comedies including Blazing Saddles, Young Frankenstein and Silent Movie, watches on from the house behind the safety of a window.

“If I get the coronavirus, I’ll probably be okay,” Max, 47, said. “But if I give it to him, he could give it to Carl Reiner, who can give it to Dick Van Dyke. And before I know it, I’ve wiped out a whole generation of comic legends.

“When it comes to coronavirus, I have to think about who I can infect. And so should you.”

Max then lists measures to combat the spread of coronavirus, including washing hands and maintaining distance between people.

The video ends with Brooks telling his son to leave, before he smiles and waves to the camera.

A string of high-profile figures, including Ricky Gervais, Gisele Bundchen, Taylor Swift and Ariana Grande have all shared advice on social media.

Actor Idris Elba announced he had tested positive for Covid-19, but assured fans he was fine and said: “Transparency is probably the best thing for this right now. If you’re feeling ill, or you feel like you should be tested, or if you’ve been exposed, do something about it.”

US singer Grande urged people not to ignore the gravity of the situation and criticised some for sounding “stupid and privileged”.

The 26-year-old said on Instagram Stories: “I keep hearing from a surprising amount of people, statements like, ‘This isn’t a big deal’, ‘We’ll be fine’, ‘We still have to go about our lives’ and it’s really blowing my mind.

“I understand if that is how u felt weeks ago. But please read about what’s going on. Please don’t turn a blind eye.

“It is incredibly dangerous and selfish to take this situation lightly. The ‘we will be fine because we’re young’ mindset is putting people who aren’t young and/or healthy in a lot of danger.

“You sound stupid and privileged and you need to care more about others. Like now.”

Swift called on her followers to cancel their plans and “truly isolate”.

She wrote on Instagram: “I love you so much and need to express my concern that things aren’t being taken seriously enough right now.

“This is the time to cancel plans, actually truly isolate as much as you can and don’t assume that because you don’t feel sick that you aren’t possibly passing something on to someone elderly or vulnerable to this.

Lady Gaga shared a message of unity and kindness, writing: “This is reminding I think a lot of us what it is to both feel like and be a human being. I think it’s so important to acknowledge that we are and must be a global kind singular community.

“We can’t do this without kindness. And coronavirus is not prejudiced.

“My thought for the day is to accept there will be times we feel powerless and out of control—but we can fill that space with kindness and be a part of the solution to a world problem.

“We then have control. We can create healing by learning how to be kind and take care of each other and ourselves during this time.”

“We don’t go out. We don’t go to restaurants. We don’t do anything like that any more here,” he told fans as he fed the animals carrots.

He added: “See, the important thing is that you stay at home. Because there is a curfew now. No one is allowed out, especially someone who is 72 years old.”

Other stars to share advice with fans include singer Mariah Carey, Queer Eye star Bobby Berk,Brooklyn Nine-Nine actress Chelsea Peretti and Elisabeth Moss, who previously confirmed that production on series four of TV drama The Handmaid’s Tale has been halted.

Comedian Rufus Hound addressed the mass cancellations across the entertainment industry and said for many performers it is not their decision to make.

He tweeted: “The funny thing about showbiz/the arts is that it’s meant to look unstoppable and glamorous. So, when people who work in it tweet about how gutting it is not to be able to do their job, those on the outside of it eyeroll their heads off. Our plight is no worse than anyone elses… but neither is it any better.

“Insecurity. Inability to work from home. Existential threat. We’re all of us in the same boat. No-one knows what the /right/ thing to do is, so most of us are just doing our jobs until we’re told to stop.

“I know why famous performers get extra shit thrown at them for not cancelling shows, but I swear to you, unless you’re seriously ultra famous, it just isn’t your call to make. Everyone is just trying their best. So to all of my brother’s, sisters and comrades still at it…

“Good luck and Godspeed. The show must go on – until it mustn’t. Chin up. Shoulders back. Fingers crossed.”