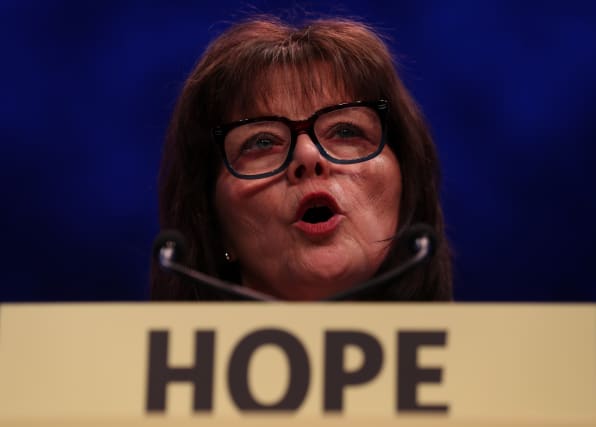 Scotland is not planning on isolating over-70s over coronavirus fears, the country’s Health Secretary has said, amid criticism of the UK Government’s communication and strategy.

The UK’s Health Secretary Matt Hancock announced that elderly people are likely to be asked to self-isolate for up to four months – news that emerged from anonymous briefings.

However, Jeane Freeman, his counterpart in Scotland, said the Scottish Government were not planning on isolating the elderly but would instead be “asking them to reduce social contact”.

Mr Hancock described the plans for over-70s to be forced to stay at home as a “very big ask”, but said it is a measure for their own “self-protection”.

Asked about whether Scotland would follow suit, Ms Freeman said: “The additional measures that we’ve always talked about are about reducing contact for those over 70 and in their eighties, asking them to reduce their social contact because they are one of the groups who are most at risk of this virus making them seriously ill.

“The other group is people who have underlying health conditions whose immune system is suppressed.

“It’s not isolation, it’s asking them to reduce social contact.

“We don’t want people who are elderly to be stuck in their homes alone not contacting anyone, with their families not able to be in touch with them and to help them.

“What were saying to them is, reduce your contact.”

The news of the potential isolation of elderly people was briefed anonymously to journalists overnight and sparked criticism over how the UK Government was communicating policies and advice.

Asked about how the news emerged, Ms Freeman said: “It’s not how we would do it,” adding: “Governments should be coming and explaining these things really clearly.

“Overnight briefing, background briefing, unattributed sources is not the way to ensure that the public are understanding what we are trying to do and our working with us to do that.”

“What we have done since the start is that the First Minister holds a press briefing as soon as decisions are taken, make sure that is clearly articulated.

“I tell the parliament what is happening so all our MSPs know, then we have clinical voices – because they are the important voices; Catherine Calderwood (chief medical officer) Jason Leitch (national clinical director) and others – on programmes around the country answering questions and explaining what we’re doing.

“The reason that’s important is because we need people to trust that the actions we are asking them to take make sense and then follow those actions.”

First Minister Nicola Sturgeon said on Twitter: “Giving clear and consistent information to public at the right time on #coronavirus is vital.

“Governments’ media strategies must reflect the importance of that.

“This is not a run-of-the-mill political issue.

“The Scottish Government will set out advice to the public in an orderly manner.”

On Sunday morning, the Scottish Government updated its policy on testing people showing symptoms of coronavirus, effectively scaling it back to NHS staff and those admitted to hospital.

Explaining the new measures, Ms Freeman said: “If you’ve got any of the symptoms of Covid-19 – that’s the dry persistent cough or a fever – stay at home for seven days.

“If you are better at the end of those seven days, go back to your work, go about your normal business.

“If your condition worsens, then you should go to your GP.”