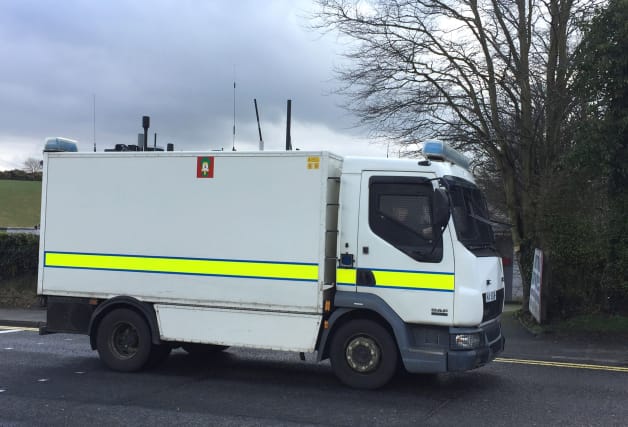 The latest T7 Remote Controlled Vehicle (RCV) reportedly allows the operator to “feel” the suspicious object as they investigate, and is also fitted with high-definition camera equipment.

It is set to become the main RCV for Explosive Ordnance Disposal and Search (EOD&S) Regiment units across the UK.

The regiment recently tweeted photographs of the new robot in action at a military base in Ballykinler, Co Down – and it is expected to be brought into regular service across Northern Ireland in the coming weeks.

According to PSNI statistics, there were 20 bombing incidents in the region between March 1 2019 and February 29 2020.

This was a rise from 14 in the previous year.

However, the army’s bomb disposal team is tasked to dozens more potential incidents across Northern Ireland – which range from hoaxes to the finding and dismantling of viable devices.

PSNI statistics show the finding of 0.8kg of explosives over the last 12 months. This figures excludes historic explosives, such as World War Two bombs.

Last month, a bomb was found attached to a lorry in County Armagh which is believed to have been intended for a Brexit day attack by dissident republicans.