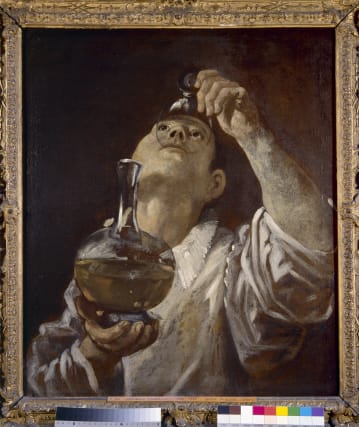 Three high-value paintings have been stolen in a burglary at Christ Church Picture Gallery, police said.

Thames Valley Police said burglars broke into the gallery, within Oxford University’s Christ Church college, at around 11pm on Saturday.

They took Salvator Rosa’s A Rocky Coast, With Soldiers Studying A Plan, from the late 1640s, Anthony Van Dyck’s A Soldier On Horseback, circa 1616, and Annibale Carracci’s A Boy Drinking, circa 1580.

Detective Chief Inspector Jon Capps confirmed that no-one had been injured during the burglary.

“The paintings which have been stolen are very high-value pieces dating back to the sixteenth and seventeenth centuries,” Mr Capps said.

“The artwork has not yet been recovered but a thorough investigation is under way to find it and bring those responsible to justice.

“There will be an increased police presence in the area while officers and staff carry out enquiries.

“If you saw or heard anything suspicious in the area last night, please get in touch.

“Also, if you have any CCTV or other footage around the area that you think could help with the investigation, please share them with us.”

Anyone with information is asked to contact the force on 101, or make a report online using the reference 43200087031, or anonymously through Crimestoppers.

In a statement, Christ Church said the gallery would remain closed until further notice.

“At around 11pm on Saturday March 14, there was a break-in at Christ Church Picture Gallery,” the college said.

“The perpetrators proceeded to take three valuable works of art.

“Christ Church staff alerted the police, who immediately attended the scene in order to gather evidence.

“The police have appealed for witnesses who may have seen or heard anything suspicious in the area, or who may have CCTV or other footage that could be helpful in the investigation.

“For further information, including how to contact the police, please see the police appeal.

“We are extremely grateful for the quick and thorough response by the police.

“We will continue to provide whatever support we can as they continue their investigation and work to help us recover these important cultural artefacts.

“The Picture Gallery will remain closed until further notice.”

In 1765, General John Guise bequeathed his collection of more than 200 paintings and almost 2,000 drawings to his former college Christ Church.

This enabled the college to introduce art into Oxford education without the need to travel to Italy or visit stately homes, which at that point held the majority of art collections in the UK.

A number of subsequent gifts and bequests of paintings has meant the Christ Church Picture Gallery has grown to 300 paintings and almost 2,000 drawings.

The purpose-built gallery that houses the collection was designed by the architects Powell and Moya and was opened by the Queen in 1968.