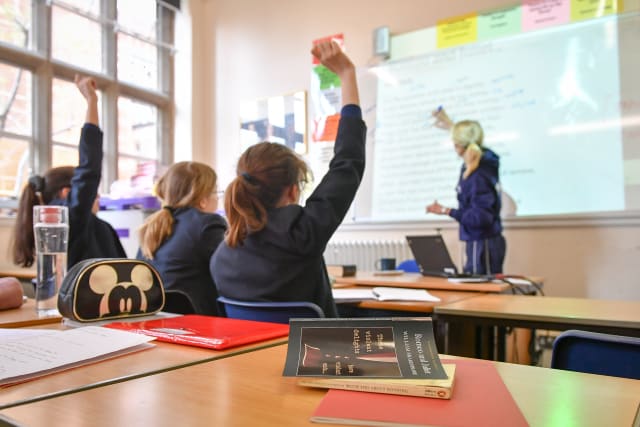 A leading head teachers’ union has called on the Government to immediately halt all Ofsted inspections during the Covid-19 outbreak.

The Association of School and College Leaders (ASCL) said it would be raising the issue with Education Secretary Gavin Williamson amid a time of “national emergency”.

On the closing day of ASCL’s conference, general secretary Geoff Barton said it was not a time for “business as usual”.

With the exception of establishments where there are specific safeguarding concerns, he said the Government should move to suspend all routine inspections.

In a speech in Birmingham on Saturday, he said: “This is a time for the inspectorate to show that it understands the extraordinary pressures on schools and colleges and for the Government to suspend all inspections during this crisis.”

Ofsted’s national director is due to deliver a speech to the conference later.

“They are preparing contingency plans in the event of closures.

There was applause across the chamber as he then said: “This is a time for the inspectorate to show that it understands the extraordinary pressures on schools and colleges and for the Government to suspend all inspections during this crisis.

“We acknowledge that Ofsted has taken a step in the right direction by accepting that the current situation may be a reason for an inspection to be deferred.

“However, it has not gone far enough. A case-by-case basis is not good enough.

“It simply cannot be right that schools and colleges are judged in a high-stakes manner in these extraordinary circumstances at all.

“The only caveat to this would be if there are specific safeguarding concerns in an educational setting which Ofsted must obviously check.

“Aside from this scenario, however, we are calling on the Government to call a halt to all routine inspections, to enable schools and colleges in a national mission to focus on supporting their students.

“We have Ofsted national director Sean Harford here this afternoon and we will be raising this matter directly with him, and in person with the Secretary of State on Monday.”

The union earlier published a survey of members’ attitudes to Ofsted, showing that while a majority supported the new inspection regime introduced in 2019, 90% backed reforming the watchdog’s four-rank grading system.