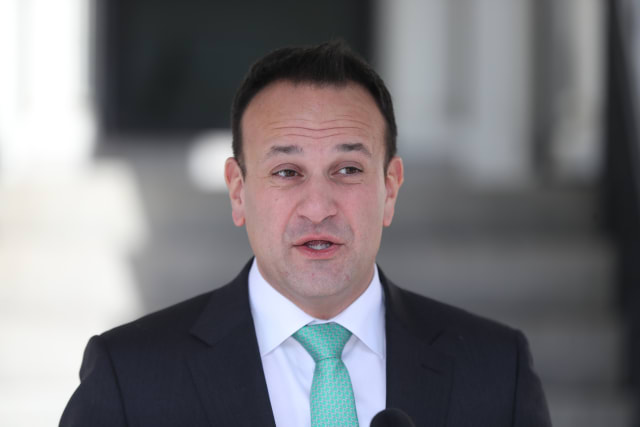 Irish premier Leo Varadkar has said Covid-19 is an illness “that knows no borders” as administrations on either side of the border follow different strategies.

He was speaking ahead of a North-South meeting on the outbreak in Co Armagh with political leaders and health ministers.

Mr Varadkar said: “This virus knows no borders, no nationality. It is a problem for all of us. Our response to it is made more difficult as we do have two jurisdictions on this island.”

There are more than 100 cases of Covid-19 on the island of Ireland but differences have emerged as schools in the Republic have closed and public gatherings have been curtailed.

Northern Ireland’s administration has not introduced the same measures, although Deputy First Minister Michelle O’Neill said schools should be shut.

Mr Weir was responding after the leader of the Catholic Church in Ireland, Archbishop Eamon Martin, wrote to urge him to consider closing schools.

On Friday, the first cases of community transmission of Covid-19 were detected in Northern Ireland.

Mr Weir said: “I respect the position of the archbishop, particularly given the pastoral responsibilities he has on both sides of the border, and appreciate the sincere good intentions of his letter.

“I have a clear duty of care to the education of children of Northern Ireland, and above all to the public health of all our citizens.

“In discharging these duties in the current extremely difficult and fluid circumstances, I will follow the science and professional advice to support the right interventions, which will have the greatest impact, at the right time.

“Consequently, I accept and support the guidance of the Chief Medical Officer, Public Health Agency and the Scientific Advisory Group in Emergencies (Sage) that now is not the right time to close schools in Northern Ireland.

“I will seek to make contact with the archbishop to explain and discuss the matter directly.”

Ahead of the meeting, Ms O’Neill said: “We need to see decisive action. This has been described as a global pandemic that we have never saw or witnessed before.

“People are very anxious, they are very fearful and they want leadership and guidance.

“The political divisions have to be healed, we need a joined-up approach. We have to be level-headed and calm and give people reassurance.”