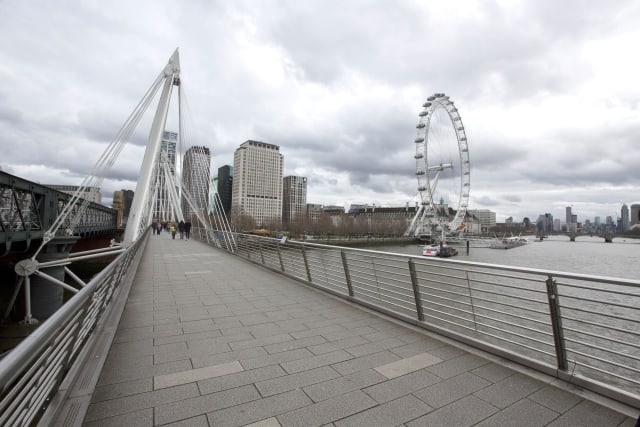 Some of London’s best-known sites saw fewer visitors the weekend after Boris Johnson warned coronavirus is “the worst public health crisis for a generation” and a global pandemic was declared.

Oxford Street and Regent Street are usually two of the busiest shopping areas in London, however on Saturday many of the shoppers noticed the streets were much emptier than normal.

Sophie, a 20-year-old student, told the PA news agency: “It’s so much quieter. The whole world seems to have shut down, it seems quite bizarre.”

As it was announced Apple has closed all stores outside of Greater China until March 27 in response to the pandemic, several members of staff were outside the Regent Street branch informing a near-constant stream of potential customers.

Isabella, 18, who tried to visit Apple, told PA: “I can’t get my repairs done. It’s not urgent, I was just coming in to see if it was possible, but it is a little bit annoying.

“I actually work in retail around here and it’s been very quiet so it’s not good for business.”

Most people who spoke to PA on Saturday said they were aware of the pandemic, but were not largely concerned about personal risk.

Connor, a 20-year-old Newcastle University student, said: “I’m not so worried because it’s in terms of my grandparents and older people, I’m more worried about transmitting it to them so I’m making sure I’m washing my hands and keeping clean.

“I feel there’s enough people in London that if they’re not worried then I don’t think I should be.”

Many popular tourist attractions also saw fewer visitors on Saturday, including the London Eye which saw queues of only handfuls of people.

The British Museum also saw fewer visitors according to staff and visitors including Liam Smith, a window cleaner, and admin worker Sophie Streetley, both 21.

Mr Smith said: “It’s quiet for a Saturday, it feels like a quiet weekday to be honest.

“I feel like we’re healthy people as well so I’m not too worried. I think even if I were to get it I’d be okay.

“Unless everyone in London has it, I don’t need to worry just yet.”

Some of the shoppers who had ventured out said they were concerned about coronavirus’ impact on the economy.

Harry Jameson, 38, who runs a luxury health and wellbeing business, told PA: “Everybody seems to think the world is about to end, but I don’t.

“I feel like we need to continue doing what we were doing, we need to be cautious of the people most at risk but I feel like if the world stops economically it’s going to be a disaster, that’s why I’m out shopping today.

Others were concerned about how fears about the virus were impacting London’s Chinese communities, as the Chinatown area of the capital was slightly less busy than a usual Saturday.

Arianna Beadie, 26, told PA: “I’m worried, but not hugely. I think taking every day as it comes and trying not to panic because I don’t think there’s any point.

“I wish people would stop panic buying, that would be really nice.”

She added: “Chinatown is not China, they are very different places. It’s really important for small businesses here who rely on tourists to visit and we don’t want to take away people’s livelihoods.”

Coronavirus: How could contact tracing apps help the UK out of lockdown?