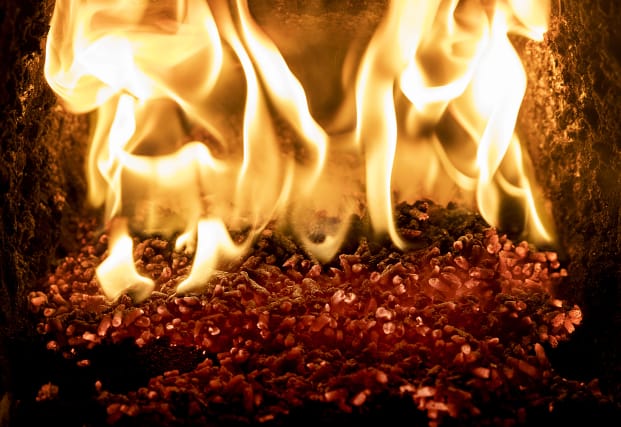 Here are some of the key findings from the RHI report:

– The overseeing Department of Enterprise, Trade and Investment had previous experience of running a grant support scheme for renewable energy and was not starting completely from scratch.

– The inquiry did not believe it would have been impossible to agree wording which allowed Northern Ireland to be included in the Great Britain scheme or UK-wide version.

The difference was that in Northern Ireland a price cap was not imposed and this allowed costs to rise.

– A “tension” existed between whether to adopt a Northern Ireland-specific approach or be part of initiatives in Great Britain.

“It would have been very difficult for officials to decide which of two differing directions to follow.”

– The Treasury ought to have clearly informed the Stormont department which designed the scheme, Deti, of the basic structure of the method of funding employed, an annual allocation designed to be more flexible and reflect the unpredictable nature of the scheme.

That should have included the element of “risk sharing” with the devolved administration’s budget whereby overspending would fall to Stormont’s coffers to cover.

– The design of the RHI scheme should have included proper consideration of the controls needed to reflect the position of heightened financial risk.

– Resources to develop this “novel and complicated” scheme were “inadequate”.

“The small team was simply not provided with the necessary knowledge or experience to carry out the necessary activities, to analyse the information it received, to make the necessary judgments nor was there any adequate effort to access expertise in other parts of the Northern Ireland Government.”

– Failings around project management and the RHI scheme were more “unacceptable” since throughout its life Deti was actively considering failings from previous projects.

– It is unlikely that official Fiona Hepper, former head of the renewable energy team, “adequately and effectively” explained to former energy minister Arlene Foster the potential risk to Stormont’s budget caused by overspending.

“Not ensuring that the minister clearly understood about the restricted comparison provided continuing misleading confidence about the value for money of the Northern Ireland RHI scheme.

“Not ensuring that the minister clearly understood the risk to the departmental expenditure limit budget is likely to have significantly reduced the appreciation of the necessity for budget control mechanisms.”

– Mrs Foster’s then special adviser, Dr Andrew Crawford, should have sought summaries of a report which warned of the potential for overspend.

– Regulator Ofgem did not undertake a promised independent risk assessment which it had said would be carried out and failed to develop a fraud prevention strategy specific to Northern Ireland.

– Despite a submission to the minister assuring her that payments would only be made for “useful heat”, such a condition was not laid down in 2012 regulations underpinning the scheme.

– The minister should have asked more questions and sought further reassurance in relation to some matters surrounding a ministerial submission in 2012.

– Mrs Foster’s department should not have described a business case to Stormont’s finance department as “standard”; “contentious” would have been more appropriate.

“Important information was obscured by the sheer volume of data and a series of errors went unrecognised and important messages missed.”

– Cost control warnings given by regulator Ofgem were not highlighted to Mrs Foster by an official.

“The need for expediency and early delivery of a novel and volatile scheme cannot be used retrospectively to justify or explain the absence of a record of a conversation in which the minister was said to have been referred to the emphatic warning from Ofgem.”

– The extent of staff turnover in 2013/14 at the division overseeing the scheme robbed it of skills and knowledge already acquired and should have been escalated to top management – suggesting lack of leadership.

– The “very clear” emerging picture within government jobs creation body Invest NI of a potential loophole allowing people to install multiple boilers to maximise the amount of subsidy was not communicated to the department overseeing the scheme.

– Officials seemed to believe that people would not abuse the scheme.

“A culture which allows such blinkered belief in the correctness of their approach is of significant concern to the Inquiry and must not be allowed to continue, if such a situation is to be avoided in the future.”

– When Jonathan Bell became energy minister he felt he had no choice but to accept the appointment of his special adviser, Tim Cairns, a situation that “fundamentally undermined” the personal nature of the appointment and the high degree of trust required.

– The inquiry found no objective evidence to support Mr Bell’s allegation that Mr Cairns intervened to keep RHI matters off the agenda at meetings.

– A proposal made by Mrs Foster’s special adviser would have ensured the scheme remained over-generous to participants and poultry farmers in particular. His suggested amendment was not discussed with Mrs Foster.

– Dr Crawford’s suggestion was aimed at benefiting poultry farmers, an industry in which his family was “clearly involved”.

– Ultimately Dr Crawford did not deliberately delay the introduction of cost controls.

– The extent of information passed on to some market participants by officials was “wholly inappropriate”.

– Officials appear to have had no commercial awareness about the potential impact of the information (about changes to the scheme) they were providing.

– The “selective nature” of officials’ contacts was capable of producing significant market distortion by providing commercially sensitive information to some parties but not others.

“The inquiry finds it totally unacceptable that Dr Crawford provided confidential information to external parties, including his family.”

– Submissions to close the scheme early in 2016 were discussed between energy minister Mr Bell and his special adviser. Collective lack of clear leadership led to “unnecessary delay” in clearing submissions.