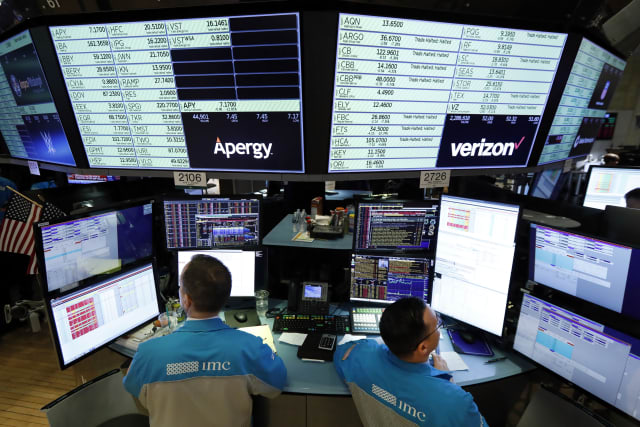 Leading companies on the London Stock Exchange staged a minor recovery in early trading on Friday as investors started to react to new rules and funding provided by central banks and governments to tackle the coronavirus outbreak.

The FTSE 100 leading index of companies was up nearly 5% within minutes of the market opening, adding more than 250 points, although within half an hour it was settled at a more modest increase of just 2%.

It remains a long way off the recent falls, which saw more than half a trillion pounds wiped out in less than three weeks. The FTSE 100 lost 10% of its value on Thursday in one of the worst single-day falls since 1987.

Shares in most companies on the index were up, although there was a bruising 9.5% fall for cruise operator Carnival, which announced on Thursday evening it would suspend its Princess Cruises operation for the next two months.

The biggest risers were predominately mining companies, including Anglo American and Rio Tinto, as investors look for any safe havens to put their money.

Fallers also included TUI, easyJet and PaddyPower Betfair owner Flutter was also down as football chiefs decide on the future of this season’s remaining fixtures.

The US Federal reserve injected 1.5 trillion dollars into the financial system, making short-term loans available and buying bonds in an attempt to keep the markets afloat.

In the UK, the Financial Conduct Authority also announced a temporary ban on short-selling – or betting that a share price will fall – for Italian-listed businesses.

The decision comes after the Italian FTSEMIB fell an unprecedented 17% on Thursday, and bans are imposed on companies including Fiat Chrysler, Ferrari, De’Longhi and Juventus and Lazio football clubs.

Investors are fearful that with countries taking stricter measures to combat the pandemic, industries including travel, transport and leisure businesses could go bust.

Shopping centre owner Intu has already warned it faces bankruptcy and Cineworld said in a worst-case scenario it would be unable to pay its debts, as studios pull release dates and postpone filming.

Markets are also hoping for more news from the European Central Bank after a speech by its boss, Christine Lagarde, was met poorly – triggering some of Thursday’s biggest selling moments.

Commentators have criticised her decision to not repeat the words of her predecessor to do “whatever it takes” to protect the eurozone from a recession.

New lending measures were introduced but there was no interest rate cut.

Overnight, stock markets in the Asia-Pacific region saw major swings, with Japan’s Nikkei 225 down 4%, but Australia’s leading index, the S&P/ASX 200, closed the day up 4.4%.

Heavy falls in India’s Nifty 50 market led to the index being suspended for 45 minutes on Friday morning following a 10% drop.