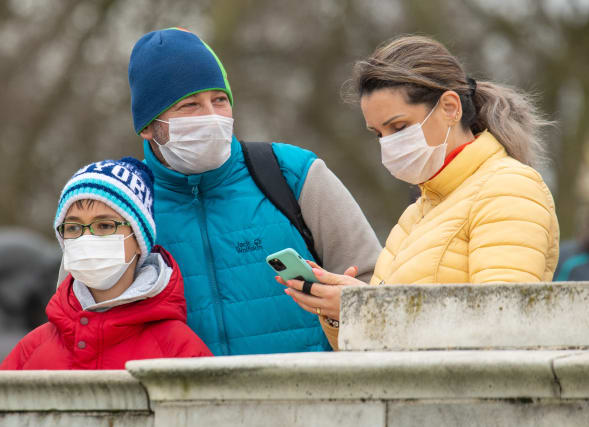 A major literary festival which was due to feature writers including Bernardine Evaristo, Joanna Trollope and Maggie O’Farrell has been cancelled due to the coronavirus outbreak.

Organisers of this month’s Aye Write festival in Glasgow said there had been an increasing number of cancellations in recent days and they could no longer deliver “anything like the festival we had promised”.

Crime writer Val McDermid, Strictly Come Dancing star Anton du Beke and Bake Off judge Prue Leith were among those who had been due to take part in the event, which was also going to feature a celebration of the life of acclaimed author and artist Alasdair Gray who died in December.

The Glasgow Short Film Festival 2020 has also been postponed amid the outbreak.

Commenting on the Aye Write decision, a Glasgow Life spokesman said: “In recent days we have been receiving an increasing number of cancellations from people due to take part in Aye Write who are understandably concerned by the constantly evolving coronavirus situation.

“In the last 24 hours it has become clear we can no longer deliver anything like the festival we had promised and in the interests of our audience, authors, publishers, volunteers and staff, we have taken the decision not to carry on with this year’s festival at this time.

“We are considering potential options for running some of the programme in the future and will contact ticket holders directly as soon as possible.”

Others on the Aye Write programme included actor and singer John Partridge, Channel 4 journalist and author Jonathon Rugman, actor and comedian Greg McHugh and Ben Stewart and Oliver Knowles from Led By Donkeys.

The Wee Write festival for children took place as planned on Saturday March 7.

Organisers of Glasgow Short Film Festival said they hope to reschedule the event for later in the year.

Its director Matt Lloyd and co-director Sanne Jehoul said: “GSFF is committed to prioritise public health and safety, and although according to Government guidance we fall within the restrictions on public gatherings, we feel obliged to take responsibility for our audiences and guests.

“Today we feel tremendously heartbroken. Tomorrow we will start working on the best possible alternative we can deliver. We will share details about this very soon, and we hope that we can welcome guests and audiences to GSFF20 at a later date.

“We send our deepest apologies to you all – our audiences, supporters, partners, guests, volunteers and staff. We urge you to stay safe and follow guidelines.

“These are difficult times and difficult decisions, but we hope that precautionary measures now will limit further escalation.”

Organisers said that tickets and passes will be refunded in full.