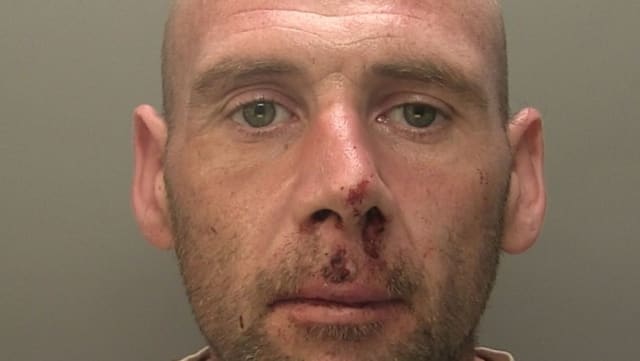 A lorry driver has been jailed for nine years after he killed two men on a hard shoulder by crashing into them while driving with his foot to the floor, according to police.

Wayne Wellington, of Huddersfield, West Yorkshire, was found to have cocaine in his system at the time of the crash on the A34 near Bullington Cross, Hampshire, on July 3 2018.

The 41-year-old was sentenced at Winchester Crown Court for causing the death by dangerous driving of Vipin Kumar, 43, from Reading, Berkshire, and Kevin Ackrell, 49, from Trowbridge, Wiltshire.

A Hampshire Police spokesman said that the pair had been stopped on the hard shoulder following a minor collision when the crash involving Wellington’s Daf lorry happened.

He said: “As they exchanged details Wellington collided with Mr Ackrell’s van which in turn hit both of the men.

“Mr Kumar was pronounced dead at the scene, and Mr Ackrell died in hospital three days later from his injuries.

“When officers attended they performed a drugs wipe and found he was over the legal limit for cocaine.

“As part of our subsequent investigations officers found that no attempt had been made to brake before the collision and the accelerator was at 100%.”

As well as the prison sentence, Wellington was banned from driving for 10 years and will have to take an extended retest.

Detective Sergeant Tony Jenkins said: “Having taken drugs the night before, he essentially slid from his bed to the driver’s seat upon waking up and set about driving his lorry.

“His actions have had devastating consequences for the families of his victims.”