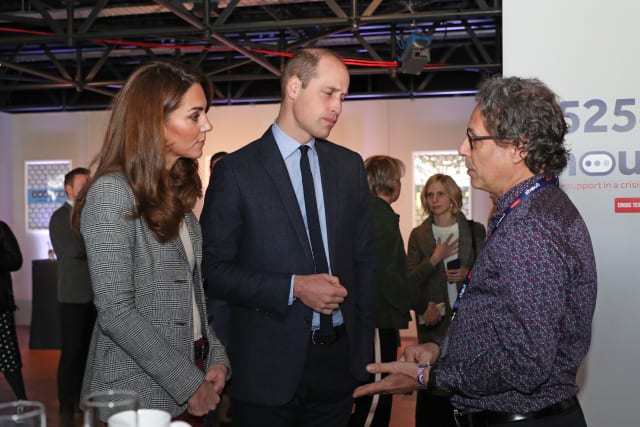 First time London Marathon runner Ian Russell said the event’s postponement will give him extra time to fundraise for the charity set up in his daughter Molly’s memory.

Molly, 14, took her own life in 2017 after viewing harmful content online and her story sparked a debate about the impact of social media on vulnerable people.

Her father has become a prominent campaigner for online safety and he met mental health campaigners the Duke and Duchess of Cambridge in 2019 during a event for the charity Shout, the UK’s first 24/7 text service for people in crisis.

Mr Russell, 56, decided to run his first marathon to raise money for the Molly Rose Foundation which aims to prevent suicide among under 25s by helping young people to find support and practical advice.

He has been training for the 40th London Marathon which was due to take place on April 26 but has been postponed until October 4 due to public health concerns amid the coronavirus pandemic.

“As a first time runner I am disappointed that the London Marathon has been postponed,” Mr Russell told the PA news agency.

“I’m sure, like me, other charity runners will redouble their efforts to raise money, I’m certainly determined to raise even more funds for the Molly Rose Foundation.

“The delay will allow for both more fundraising and more time for training to tackle the 26.2 miles.

“So, on October 4, there may be a record number of finishers and I’m sure that the 40th London Marathon will raise more money for charity than it ever has before.”

Mr Russell said he was a “stereotypical middle aged bloke” before he started training.

He had run very little since a half marathon when he was 19 while a student at Portsmouth polytechnic.

“I got a time of about one hour 33 minutes because you can when you are 19 but I suffered for a few days afterwards,” he said.

He was challenged to tackle the Virgin Money London Marathon by BBC newsreader Sophie Raworth and said attending the launch event which she hosted “reminds me of what an awful lot of good the marathon does as well as the personal achievement”.

“I’m old enough to remember waking up 40 years ago one Sunday morning and turning the TV on because this new thing the London Marathon was on and just being flabbergasted,” he said.

“It still is an extraordinary spectacle.”

Asked what Molly would think of him running a marathon, he told PA: “I can almost see the little smile on her face.

“Her friends and family, if we accepted a challenge, she would always be quietly supportive.

Mr Russell, a freelance TV producer and director from Harrow, north west London, said training has made him appreciate the mental benefits of running as well as the physical and he feels more positive.