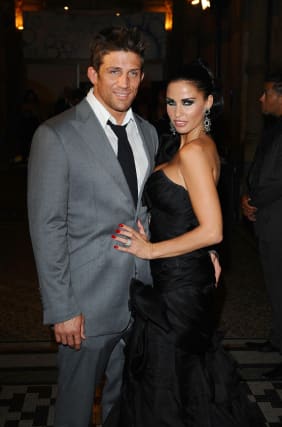 Former model Katie Price has been criticised by a High Court judge who ruled that she should pay ex-husband Alex Reid £25,000 as a result of misusing private information about his sex life.

Reid, 44, a cage fighter, had sued Price, 41, alleging breach of confidence, misuse of private information and breach of contract.

He said Price had made a series of disclosures about his sex life which led to him being “denigrated in the street”.

Mr Justice Warby ruled on the size of a damages award on Friday after analysing arguments at a High Court hearing in London on Monday.

Another judge had ruled in November that Reid was entitled to damages.

Mr Justice Warby was told that Price was bankrupt.

He indicated that Reid would be in a “line of creditors”.

The judge said Reid’s perception that she had “acted maliciously” was “reasonable”.

He said Reid had suffered distress and was entitled to be compensated.

The judge said that submission was a “rhetorical exaggeration”.

Mr Justice Warby said Price had “not engaged” in the proceedings for 12 months.

Price married Reid at a ceremony in Las Vegas in February 2010.

The judge heard how the relationship had foundered within a year.

Their divorce had been finalised in March 2012.

Reid first became aware that Price had “obtained explicit and intimate images” of him in late 2009, the judge heard.

He had seen images on her laptop in their kitchen.

Reid had spoken to her and she had promised to delete the images, the judge heard.

He told the judge that he was “absolutely horrified” when he realised in 2013 that Price was holding on to footage of him.

Reid said he found repeated references to his sex life in the media “very demeaning and harassing”.

“He has been mocked and denigrated as a sexual deviant and predator,” said Mr Justice Warby, in a written ruling.

“He has sought counselling for stress and anxiety, which he attributes to (Price’s) disclosures.”

The judge said an “aspect of the harm” derived from “taunts about cross-dressing”.