How the coronavirus pandemic is affecting everyday life 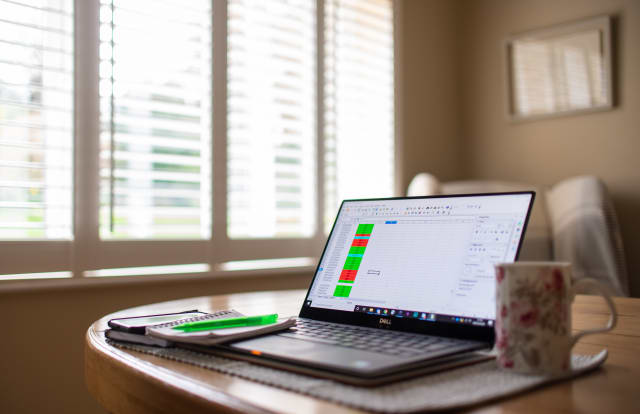 As the country deals with the coronavirus outbreak, here is a look at how the pandemic is impacting different areas of life.

Businesses are preparing for more home working over the coming weeks and months.

On Thursday, Twitter confirmed it had made it mandatory for all staff globally to work from home as it increased its efforts to curb the spread of the virus, while companies including Microsoft, Google and Facebook have cancelled conferences.

Prime Minister Boris Johnson said anyone with coronavirus symptoms, however mild, such as a continuous cough or high temperature, must stay at home for seven days.

Mr Johnson said schools are not being closed at this stage, saying that mass school closures could “do more harm than good” but said school trips abroad should be stopped.

Most universities close for the Easter break next Friday, and the PM said education settings “should only close if they are specifically advised to do so”.

But Durham University, Oxford University and Northumbria University have encouraged online lectures as a replacement for classroom teaching where possible in a bid to minimise face-to-face contact.

The Government is not advising people to avoid public transport but the Rail Delivery Group has confirmed the number of people travelling on trains lately is lower than usual.

Transport for London (TfL) has launched an “enhanced cleaning regime” in a bid to reduce the spread of coronavirus, but the Tube network has still seen a small reduction in the number of people travelling on the Underground, possibly partly due to more people working from home.

The Foreign Office said it is advising against all but essential travel to some countries, cities and regions as a result of the coronavirus.

People are advised to check the gov.uk website for advice on the specific country or area they are travelling to.

The coronavirus outbreak is causing havoc in the film world and music industry, with major Hollywood releases postponed and events cancelled.

One of 2020’s biggest films, James Bond movie No Time To Die, has been pushed back to November, having originally been set to arrive in April.

Billie Eilish has postponed a string of US tour dates as health officials around the world warn against mass gatherings of people, while other musicians including The Who and Pearl Jam have postponed their tours.

Organisers of Glastonbury Festival said they were “working hard” to ensure the event goes ahead in June.

Mr Johnson said consideration was being given to banning major public events, such as sporting fixtures, but said the scientific advice is that this has “little effect on the spread”.

The Football Association, the Premier League, the English Football League, FA Women’s Super League and FA Women’s Championship have all agreed to call a halt to competitive action with immediate effect until early April.

The England cricket team have cut short their tour of Sri Lanka, while the year’s first golf major, the Masters, has been postponed, following the cancellation of the Players Championship event in Florida this week.

The Wales v Scotland Six Nations rugby union match, which had been the only one of the original three ties due to be played this weekend still standing after games in France and Italy had been called off earlier, has also been postponed.

Formula One races in Bahrain and Vietnam this month and next have been cancelled, following on from Thursday’s announcement that the season-opening race in Australia this coming weekend had been called off.

Leading companies on the London Stock Exchange staged a minor recovery in early trading on Friday as investors started to react to new rules and funding provided by central banks and governments to tackle the coronavirus outbreak.

Investors are fearful that with countries taking stricter measures to combat the pandemic, industries including travel, transport and leisure could see businesses go bust.

The Government has not told care providers to shut their doors to all non-essential visits but the former health secretary Jeremy Hunt, chairman of the Commons Health and Social Care Committee, told the BBC’s Newsnight he was “personally surprised that we’re still allowing external visits to care homes”.

Concerns have also been raised that if carers are unable to work due to ill-health or their own caring responsibilities, it could have a knock-on impact.

Vulnerable people in the social care sector may need to be hospitalised – putting pressure on the health service.

The president of the Prison Governors Association, said inmates were likely to die as the spread of coronavirus worsened in the UK.

Andrea Albutt said prison governors would “attempt to keep (family) visits going for as long as they can”, while weighing up the public health risk to prisoners and managing staff shortages due to employees self-isolating or being off with illness.

She said there are approximately 85,000 prisoners in overcrowded prisons.