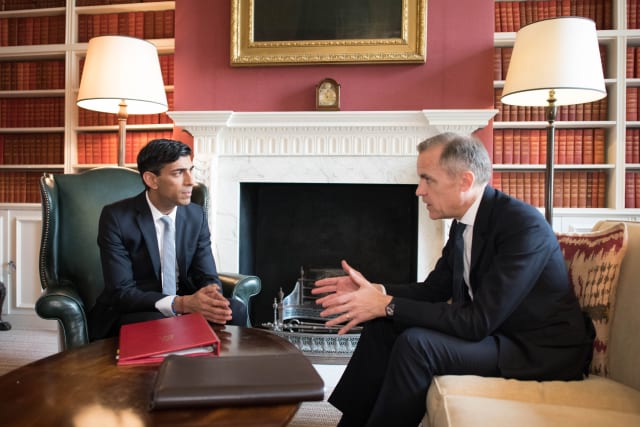 The Bank of England has laid out its reasons for cutting interest rates in a surprise decision on Wednesday as authorities try to grapple with the effects of Covid-19.

The Bank’s influential Monetary Policy Committee (MPC) said that it could take the scissors to the bank rate even further after slashing it from 0.75% to 0.25% on Wednesday.

Any further cut to the rate would bring it to its lowest point on record.

The MPC took the decision to slash the rate by 50 basis points after considering the effects of coronavirus on the UK and world economy.

It also launched a new term funding scheme for smaller businesses (known as TFSME) which is meant to encourage banks to give cheap loans to smaller firms.

Minutes of Tuesday’s meeting, released on Friday, revealed that the Bank’s agents reported the effects of Covid-19 were “broadening and moving fast”. They also said that there are signs that customers are stockpiling and that manufacturing has taken a hit.

It further warned that the Consumer Price Index, a measure of inflation, could fall below 1% in April, and “there was likely to be a material near-term weakening of activity related to Covid-19” despite “significant policy measures”.

The committee signalled that it could go further if the economic shock caused by coronavirus deepens.

“Should the MPC need to provide further monetary stimulus, there were a number of options at its disposal, including cutting Bank Rate further, enlarging the TFSME, and expanding asset purchases,” the minutes read.

The economy has been left reeling from the outbreak, which was declared a pandemic by the World Health Organisation later on Wednesday.

The FTSE 100 notched up the second-worst day in its 36-year history on Thursday as the fallout continued on global markets.

The Bank of England announced the rate cut, and other measures, just before Chancellor Rishi Sunak’s first budget.

Minutes released from the MPC meeting show that members looked at oil prices and supply chains, and were briefed on the steps Mr Sunak would make in his budget, before taking their decision.

“Although the magnitude of the shock from Covid-19 was highly uncertain, the MPC judged it likely that activity would weaken materially over the coming months,” the minutes say.

The shock would include workers being unable to go to work, or having to adjust their working patterns. Alongside disrupted supply chains this could push down production across the economy.

Meanwhile, if people stay at home they are likely to spend less and might cut back on social activities, such as meeting at the pub or a restaurant, pushing down demand.

“The MPC agreed that in these extraordinary circumstances, and alongside other policy responses, there was a role for monetary policy to help UK businesses and households bridge a sharp but temporary reduction in activity,” the minutes say.

“Monetary policy stimulus would help to keep firms in business and people in jobs, and help to prevent a temporary disruption from causing longer-lasting economic harm.”