Who was involved in the introduction and running of the RHI scheme? 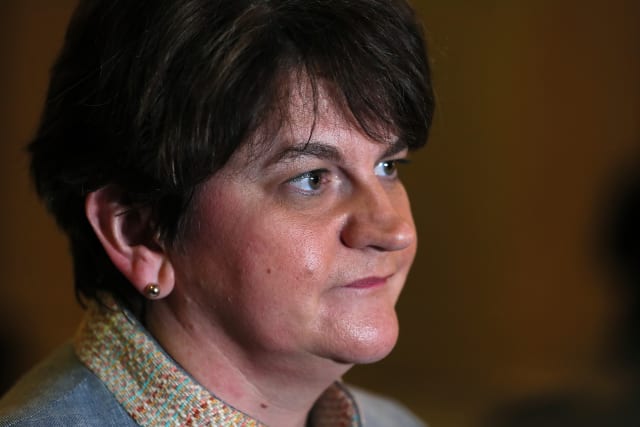 Here are some of the questions surrounding the scheme and how it was run.

What did Arlene Foster have to do with the RHI?

Stormont First Minister Arlene Foster oversaw the introduction of the Renewable Heat Incentive (RHI) scheme when she was enterprise, trade and investment minister.

She has denied any wrongdoing.

Mrs Foster has said she did not ignore warnings by a whistleblower about the scheme.

That information claimed users were abusing the scheme by running boilers 24/7 all year round for financial gain.

The First Minister says when she later became aware of the note she gave it to a senior civil servant.

What about special advisers to ministers?

The public inquiry panel will also deliver its verdict on Friday on whether there was inappropriate behaviour by DUP special advisers to ministers – known as Spads – within the powersharing coalition.

A senior civil servant claimed he had attempted to exert influence over the RHI scheme.

Dr Crawford denies that but there is evidence that the scheme remained open even when officials wanted to close it and it saw a huge spike in applications during that period in late 2015.

It later transpired that Dr Crawford had three family members with 11 boilers linked to the scheme.

He has denied any knowledge of how the delay occurred.

Mr Cairns said he was told by Mr Johnston to work with Dr Crawford to find an alternative or seek the latest date possible for putting in place cost controls.

Another Spad, Stephen Brimstone, applied to the scheme himself when he was an adviser to a DUP junior minister. He went on to advise Ms Foster when she was First Minister.

What part did civil servants play?

Sir Patrick has also scrutinised the role of civil servants.

The head of the Northern Ireland civil service admitted some meetings were not minuted to frustrate Freedom of Information requests.

David Sterling said the practice of taking minutes had “lapsed” after devolution.

Engagement between civil servants and local ministers had became much more regular compared to under direct rule ministers.

Mr Sterling said ministers also liked to have a “safe space where they could think the unthinkable and not necessarily have it all recorded”.

Did Sinn Fein have a role?