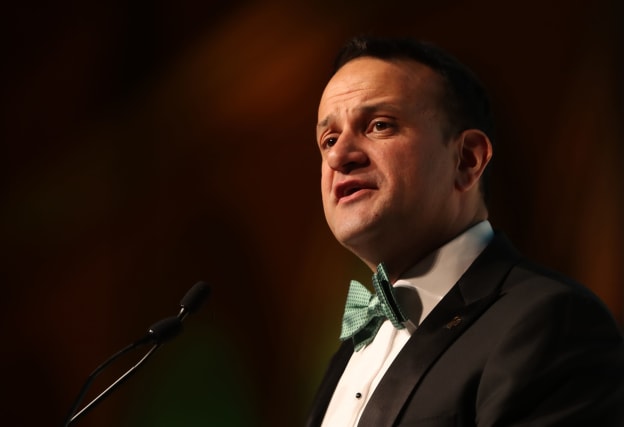 The annual St Patrick’s reception at the White House has been cancelled, as have several St Patrick’s Day parades including those in Dublin and New York.

The move became apparent late on Wednesday when it was not included on US President Donald Trump’s daily schedule for Thursday.

It came after President Trump announced he was suspending all travel between the United States and Europe – excluding the UK and Ireland – for 30 days starting on Friday as he seeks to combat coronavirus.

It also followed the cancellation of a range of St Patrick’s Day parades in cities including New York, Chicago, Boston, Philadelphia, and Dublin.

It is the first time the New York parade has been cancelled in its 258-year history.

That parade, honouring Irish heritage, dates back longer than the United States and draws tens of thousands of marchers and throngs of spectators to Manhattan’s Fifth Avenue each year.

The White House reception includes a shamrock ceremony and takes place every year ahead of St Patrick’s Day on March 17.

Taoiseach Leo Varadkar arrived in Washington DC on Wednesday – a day later than planned due to contending with Covid-19 in Ireland – where he addressed the Ireland Funds gala dinner at the National Building Museum.

Mr Varadkar left the event without speaking to the media.

The White House said the St Patrick’s event, would not be going ahead “out of an abundance of caution”.

However Mr Varadkar remains scheduled to visit the White House on Wednesday morning where he is expected to meet with President Trump and take part in an “extended bilateral” discussion.

Baby yak to be named after Harry Potter character