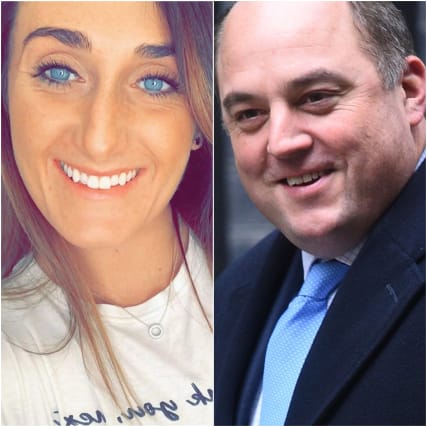 Defence Secretary Ben Wallace said those who harm Britain’s armed forces can expect a “strong response” as the US launched air strikes in Iraq following the death of a British army medic.

Lance Corporal Brodie Gillon, 26, who served as a Reserve with the Scottish and North Irish Yeomanry, died after a dozen missiles were fired at Camp Taji, north of Baghdad, on Wednesday.

The US air strikes targeted the Iranian-backed Shia militia members who are thought to have been behind the deadly rocket attack, according to a US official.

Two US servicemen were also killed in the attack, and another 14 military personnel were injured, according to the US Defence Department, which described the action as defensive precision strikes on five weapon storage facilities.

“The coalition stands shoulder to shoulder in Iraq. Our forces work together to help the country resist the malign activity of terrorists,” Mr Wallace said in a statement.

“When we and others are attacked we reserve the right to defend ourselves.

“We support the right of the United States to defend themselves, as they have done tonight.

“We reiterate that those who seek to harm our armed forces can expect to receive a strong response.”

Lieutenant Colonel William Leek, Commanding Officer Scottish and North Irish Yeomanry, said she was a “hugely popular character”, adding he was “proud and humbled” to have served alongside her.

He said: “She was a larger than life soldier who was determined to deploy on operations, help others, develop herself and gain practical experience.

On Thursday, US Secretary of State Mike Pompeo said the attack would “not be tolerated”, while Foreign Secretary Dominic Raab said it was a “cowardly” act.

He added: “We will defend against these deplorable acts and hold those responsible to account.”

General Kenneth McKenzie, commander of United States Central Command (CENTCOM), told a US Senate committee in Washington he suspected Iranian proxy group Kataib Hezbollah was to blame because it was the “only group known” to have carried out similar attacks.

The same month, the MoD told the PA news agency there were around 400 personnel in Iraq across three main bases – Camp Taji near Baghdad, Union III in Baghdad, and Erbil in Iraqi Kurdistan.