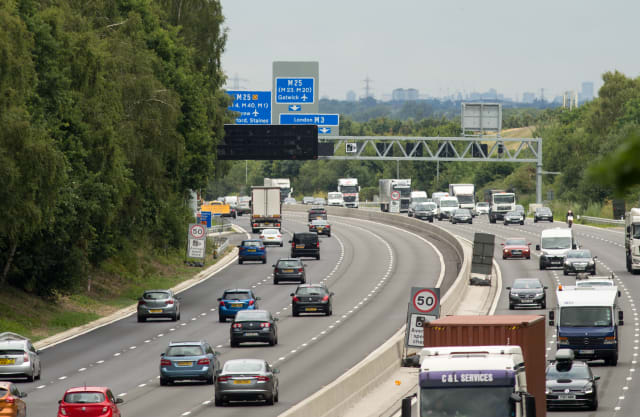 The Department for Transport has completed its review into the safety of smart motorways.

– What is a smart motorway?

Smart motorways involve various methods to manage the flow of traffic, including variable speed limits and using the hard shoulder as a live running lane.

– When were they introduced?

They were first introduced in 2006.

– How many are there?

Motorways with sections where the hard shoulder has been removed include the M1, M4, M5, M6, M25 and M62.

The RAC says the smart motorway network will cover 488 miles by April, with an additional 300 miles planned by 2025.

– What are the benefits?

They are designed to increase capacity without the more disruptive and costly process of widening carriageways.

– What happens if I break down on a smart motorway without a hard shoulder?

Drivers are advised to pull into an emergency refuge area (ERA) if possible.

– How frequent are they?

They were initially up to 2.5km (1.6 miles) apart, but for new smart motorways built from this year, they are no more than 1.6km (one mile) apart.

– What if I can’t reach an ERA or leave my vehicle safely?

If you come to a standstill in a live lane, call 999, switch on your hazard warning lights and stay in your vehicle with your seat belt on.

Highways England has insisted they are safer than conventional motorways, but several fatal incidents have hit the headlines.

Dev Naran, from Leicester, died instantly in May 2018 when his grandfather’s vehicle was struck by a lorry travelling at 56mph on a hard shoulder being used as a live running lane.

There are concerns it can take too long to spot a stranded vehicle and that some drivers ignore red Xs.

– Are smart motorways used in other European countries?

The vast majority of motorway-style roads in Europe have a permanent emergency lane.

– What do drivers think about them?

An AA poll of 15,000 motorists suggested only one in 10 drivers feel safer on smart motorways without a hard shoulder than traditional motorways.