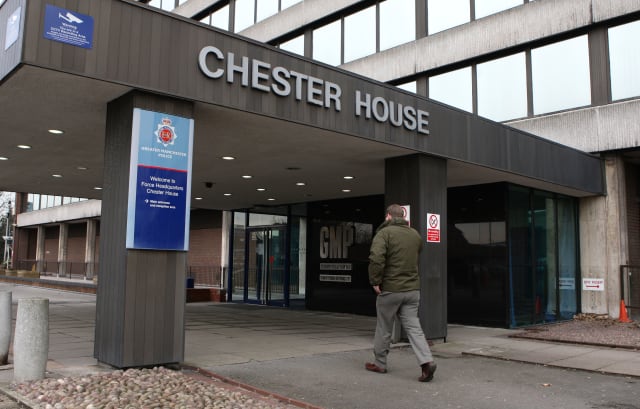 Six officers will be investigated for misconduct following an inquiry into the death of a man shot by armed police.

A public inquiry into the death of unarmed Anthony Grainger, 36, in a car park in Culcheth, Cheshire, in March 2012 exposed “serious deficiencies” in the planning and conduct of the operation by senior officers.

The Independent Office for Police Conduct (IOPC) said the force had made referrals to the watchdog following the conclusion of the inquiry last July.

On Thursday, a spokesman announced three new investigations would be launched relating to the conduct of six officers.

Former assistant chief constable Terry Sweeney, former superintendent Mark Granby and a former chief inspector, all now retired from the force, will be investigated for gross misconduct regarding their command and control of the operation leading up to Mr Grainger’s death.

The IOPC said a second investigation will look at the force’s acquisition of a CS dispersal canister, not approved by the Home Office, which was used during the operation.

A former chief inspector and inspector, both now retired, will be investigated for gross misconduct in relation to their actions.

A serving police officer will be investigated for misconduct for his management of the training records of two firearms officers who were present when Mr Grainger was shot, the spokesman said.

IOPC regional director Amanda Rowe said: “The public inquiry raised further questions about the conduct of some GMP officers before, during, and after the death of Mr Grainger.

“Having these serious matters brought to our attention meant we had to fully consider both Mr Justice Teague QC’s report, and these referrals, before deciding what further actions we may need to take.

“The inquiry heard live evidence, some of it new, and therefore not available to us for our original investigations. It is therefore important that these matters should be scrutinised by way of independent and impartial investigations.”

Former assistant chief constable Steven Heywood was investigated for the evidence he gave to the inquiry and the IOPC found an indication he may have committed a criminal offence.

The Crown Prosecution Service decided not to charge Mr Heywood but he was found to have a case to answer for gross misconduct.

The IOPC spokesman said GMP had not yet set a date for a gross misconduct hearing.

Mr Grainger, from Bolton, was behind the wheel of a stolen Audi when a GMP firearms officer, referred to in court as Q9, fired his Heckler & Koch MP5 submachine gun.

During 15 weeks of evidence in 2017, Q9 told Liverpool Crown Court from behind a screen that he believed Mr Grainger had reached down as if to grab a firearm.

But the inquiry heard no firearms were found on Mr Grainger or in the stationary vehicle, which was in a public car park off Jackson Avenue in the early evening of March 3, 2012.

Following the publication of the report, lawyers for Mr Grainger’s partner Gail Hadfield-Grainger urged Director of Public Prosecutions Max Hill QC to urgently review the findings with a view to bringing criminal proceedings of corporate manslaughter against GMP.