RHI farmers ‘on their knees’ over subsidy rate cut 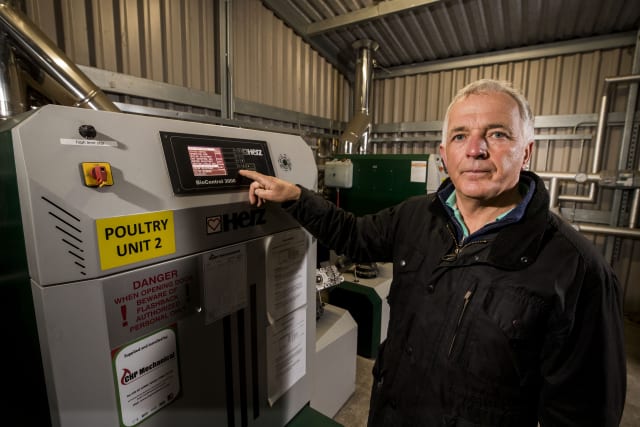 Farmers who took part in a botched green energy scheme in Northern Ireland are “on their knees” due to subsidy cuts, one participant said.

Ronnie Wells, 60, breeds poultry and wants a public inquiry to restore payments he believes he is owed.

Sir Patrick Coghlin’s public inquiry into the renewable heat incentive (RHI) is due to publish its report on Friday.

It could have major implications for how powersharing politicians and their advisers at Stormont conduct their business and shed light on an affair which helped prompt the collapse of devolved Government in 2017.

Mr Wells said: “People are on their knees.

“They can go no further.”

He is angry at the decision to cut tariffs from the Government payable in exchange for energy produced.

“A lot have turned back to fossil fuel.”

The scheme was designed to encourage businesses to burn more sustainable fuels like wood but flaws in its design meant it cost more than originally intended.

In 2016 Northern Ireland’s Audit Office predicted it could cost millions for Stormont to make up a deficit in the public coffers due to the potential overspend.

That was because there was no cap on subsidy payments. The more you burned, the more you earned.

The scheme was set up by First Minister Arlene Foster’s then department in 2012.

It was overseen by former DUP minister Jonathan Bell when it was closed after a spike in applications.

The public inquiry has been investigating the conduct of officials, political special advisers and former ministers and is expected to make recommendations on improved governance.

Mr Wells said he discussed the subsidy with his bank and was told it was a good deal.

He said he borrowed on the basis of the Government’s word and that had been reversed with the cut in tariff rates.

The Northern Ireland Affairs Committee of MPs has previously said some participants in Stormont’s scheme stood to lose hundreds of thousands of pounds in subsidies that will be paid to those using a similar green energy scheme in Great Britain.

The committee said the repayment rate for the scheme in Northern Ireland was based on unrealistically low costing, resulting in unfair payments for participants.

Department for the Economy officials have said they were bound by EU state aid rules and a maximum 12% rate of return for participants.

Mr Wells said: “We were gutted when they decided to cut the tariffs.

“We signed up for a 20-year contract and took the figures to the bank and I was borrowing £200,000 to put in the four boilers.

“They looked at it and said this is the way to go.

“We got a couple of years of running at what we were promised then they just pulled the rug from under our feet.

“We are gutted, this has us struggling big time.”