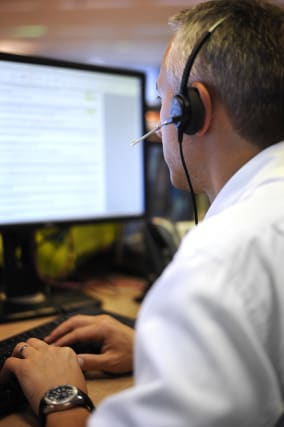 Only 70% of calls to NHS 111 in February were answered within 60 seconds – the lowest for any month on record.

It comes amid increased demand due to the coronavirus outbreak.

The proportion of calls abandoned after people were kept waiting longer than 30 seconds was 8%, up from 5% in February 2019.

Statistics on the performance of the NHS 111 helpline date back to August 2010.

They also show February’s daily average of 56,000 calls has been exceeded only once before, in December last year.

The figures come after a warning that not everyone with coronavirus symptoms can be tested.

A spokeswoman for Public Health England said on Wednesday that as well as testing close contacts of known cases, a sample of the population was being tested through wider screening of patients admitted to hospital for treatment.

“We are testing those who are most likely to have contracted coronavirus, either through travel or by having close contact with a confirmed case with symptoms,” she said.

“By doing this, we are able to identify cases and follow up with their contacts to limit onward spread and ensure we are prioritising those who are at highest risk of having the virus.

“We also have a robust surveillance programme in place where we are testing a sample of the population which will help us to understand the level of virus circulating in the community.”

The NHS 111 website says if you think you have coronavirus, or have been in close contact with someone who has it, you should stay at home; avoid close contact with others; not go to a surgery, pharmacy or hospital, and use the NHS 111 service to find out what to do next.

This includes answering questions online before calling the helpline.