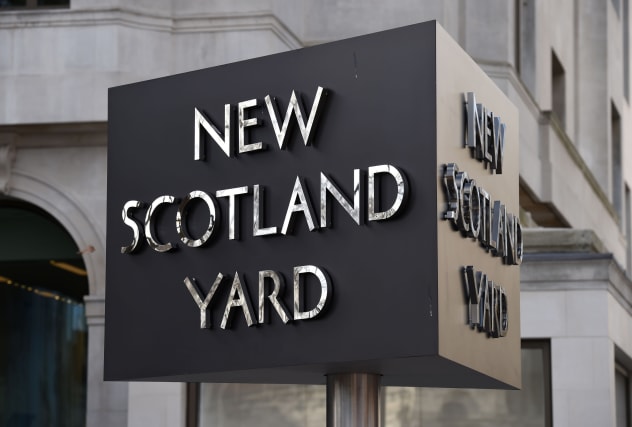 The Metropolitan Police waited for three years before acting on a damning review of the disastrous investigation into false claims of a VIP Westminster paedophile ring, a watchdog has found.

And a detective described the fallout of the botched Operation Midland investigation as “one of the most secret learning experiences the Met has had”.

The findings are made in a new critical report published on Friday after Home Secretary Priti Patel asked Her Majesty’s Inspectorate of Constabulary and Fire and Rescue Services (HMICFRS) to look at how the Met responded to criticism of the probe in October last year.

The watchdog has made 16 recommendations, which include proposals that may change the way police approach victims in investigations.

Former Tory MP Harvey Proctor described the report as a “devastating criticism” of the Met and branded the force’s response a “cover-up”.

Operation Midland, launched in 2014 into false claims of rape, torture and murder by innocent, well-known names from the military, security services and politics made by fantasist Carl Beech, then known as “Nick”, ended without a single arrest.

The 16-month probe saw dawn raids on the homes of D-day veteran Lord Bramall, the late Lord (Leon) Brittan and Mr Proctor following a series of false claims by Beech, who is now serving an 18-year jail term.

The Henriques report reprimanded the Met for believing Beech for too long, a senior detective for announcing publicly that Beech’s claims were “credible and true”, and officers for applying for search warrants with flawed information and for failing to close the investigation sooner.

Scotland Yard published more of Henriques’ findings at the beginning of October last year shortly before five officers involved in the Midland investigation were cleared by the Independent Office for Police Conduct.

The HMICFRS report found the Met had not done enough to learn lessons in 2016 and had only started acting on some of the recommendations towards the end of last year.

Mr Proctor said: “It looks as though the Met Police did nothing, or at least very little, between receiving the Henriques report and the Home Secretary asking the inspectorate to look at what the Met Police had done.

“It looks as though the Met only started to do things once they knew the inspectorate had been commissioned by the Home Secretary to report on it.

“They were not learning the lessons of the Henriques report and there is evidence in this report that instead of taking into account what Henriques said and putting into place the recommendations in that report, the Met were doing their level best to make sure the full Henriques report never saw the light of day.”

The HMICFRS review found an advisory group set up in the wake of the Henriques report had no formal plan to implement the recommendations, leading to an “underwhelming approach” to learning lessons during 2017, 2018 and 2019.

A “gold group”, presided over consecutively by a total of three deputy assistant commissioners, was found to have seen “no particular role” for itself in overseeing the implementation of recommendations.

“The group’s discussion was heavily weighted towards restricting access to the report, rather than learning the lessons from it,” the report said.

The conclusion was backed up by a senior detective, who told inspectors the Henriques report was “one of the most secret learning experiences the Met has had”.

The report said the Operation Larimar team , set up in October last year, is creating a “more robust structure” to implement the Henriques recommendations.

But it added: “Some of what the Larimar team is now doing could and should have been done when the Henriques report was first published in 2016/17.”

HM Inspector of Constabulary Matt Parr said: “We were pretty underwhelmed by the Met’s response for the first three years.”

“It’s pretty clear generally learning lessons from the Henriques report doesn’t seem to have been the top priority and it should’ve been,” he continued.

“There are claims that they intervened and they changed the training and produced new material, but when we actually started scratching the surface and saying, ‘who’s had it, what difference did it make,’ we really struggled to find any evidence it was fundamentally, in concrete terms, changing the training or indeed the performance or the actions of the investigators”

The Met said the force had been “deliberately cautious” due to criminal proceedings and the IOPC investigation.

Commissioner Dame Cressida Dick said: “Operation Midland had a terrible impact on those who were falsely accused by Carl Beech.

“The previous commissioner and I have apologised to them and I repeat that apology again today.

“The MPS took Sir Richard’s report extremely seriously and quickly recognised that many of the recommendations would affect policing nationwide.

“However, the Inspectorate believe more work should have been done between the initial response and our current renewed focus following the conviction of Carl Beech and the conclusion of the IOPC investigation.”