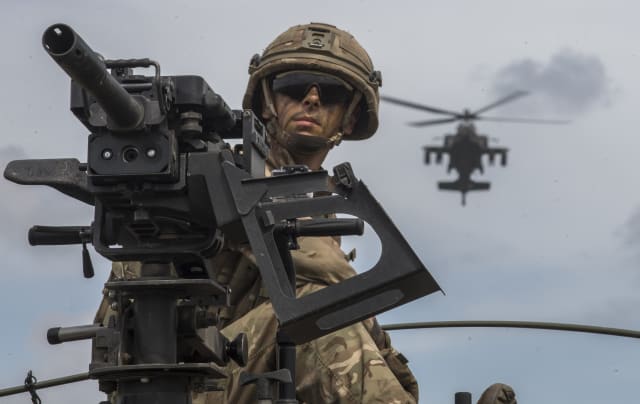 A member of the British military has been killed alongside two US soldiers in a rocket attack on Taji air base in Iraq.

Here are some key questions on Britain’s ongoing military presence in the country.

How many British troops are stationed in Iraq?

The Ministry of Defence (MoD) says there are about 400 military personnel currently stationed in Iraq.

British troops are not serving in a combat role in Iraq, but are in the country to provide training and equipment to Iraqi and Kurdish security forces.

To date, the British military has provided training to more than 25,000 Iraqi soldiers.

How long have they been there for?

Following operations after the 2003 invasion, the British military has been deployed as part of a coalition military intervention to counter the rise of Islamic State (IS) throughout Iraq and Syria since 2014.

What is Operation Inherent Resolve?

Operation Inherent Resolve was established by the United States Department of Defence to formalise military action against IS.

The operation is made up of a coalition of Iraqi, European and US forces.

According to the official Operation Inherent Resolve website, its mission is to “defeat IS in designated areas of Iraq and Syria and set conditions for follow-on operations to increase regional stability”.

How many British military personnel have been killed during the operation?

The British military member killed in the missile strike on Wednesday is the third British soldier to have lost their life in Iraq or Syria since 2014.