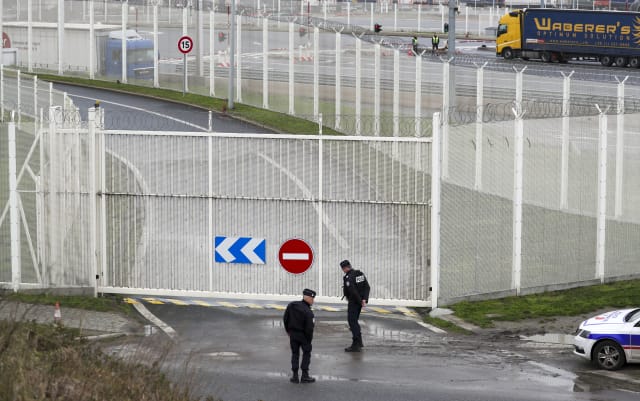 An unannounced inspection of short-term immigration detention facilities run by the UK in French ports has raised “serious concerns around safeguarding and legality of detention”.

Her Majesty’s Inspectorate of Prisons visited holding centres in the Eurotunnel site at Coquelles, and the ports of Calais and Dunkirk over two days in November.

People hiding in lorries heading to the UK from Calais were “routinely” detained in caged escort vehicles while they waited for police to arrive, its report found.

Around 1,000 detainees were held in escort vehicles in the three months before the inspection on November 25-27, it said.

Some were held for “considerable periods” while about a third of those detained in October 2019 were held for more than an hour at the port in vehicles that were “in very poor condition”.

Some vans were described as being in an “appalling” state, with ripped-out seats.

Despite improvements at all facilities since inspections in 2016, the report by Chief Inspector of Prisons Peter Clarke noted: “We had serious concerns about some practices at both the Coquelles freight holding facility and in the Calais freight lanes, where people were detained on escort vehicles … We were concerned that Border Force could not tell us the legal authority under which (the Calais) detainees were held.”

In one case, a 17-year-old boy with an old gunshot injury, whose leg was swollen and bandaged, was detained from a lorry at the Coquelles freight facility.

Border Force staff were “insensitive” towards him, “took no action to ensure that the child’s best interests were considered” and neither Border Force staff or staff running the centre called for medical assistance.

There was also no record of any children being detained within the past three months, and inspectors said it was not credible that none had been held during that time.

The report continued: “Border Force staff in most facilities were alert to the signs of trafficking and aware of their safeguarding duties.

“However, safeguarding and modern slavery (SAMS)-trained staff were not always available on every shift.

“At Coquelles freight, we observed weak safeguarding practices for children, including by SAMS-trained staff.”

Children in Calais were held for “too long” and much longer than those in the similar facility in Coquelles, the report found.

The longest single period of detention for an unaccompanied child was 12 hours 40 minutes.

The inspection also noted concerns from Calais staff about the safety of those released in the middle of the night, especially children and women travelling alone.

It concluded: “While all facilities had improved and we found detention staff to be generally sensitive and helpful, this inspection found serious concerns around safeguarding and legality of detention.

“Border Force should ensure that children, injured detainees and those held in vehicles are treated safely, decently and in accordance with the law.”

The Home Office said the initial power to detain comes under the Immigration Asylum and Nationality Act 2006 which allows Authorised Search Officers (ASO) – contracted staff who carry out searches of vehicles rather than Border Force officers – to detain an individual up to a maximum of three hours.

However, since the inspection, training has been put in place to address any gap in officers’ knowledge of the powers used by their ASO colleagues, the department said.

A spokesman said: “Detention is a vital part of our immigration system and it is crucial that it is carried out with dignity and respect.

“While we welcome the positive comments the inspectors made about the short term detention facilities, we take the criticisms seriously and recognise that improvements need to be made. We are taking steps to implement the recommendations where possible.”