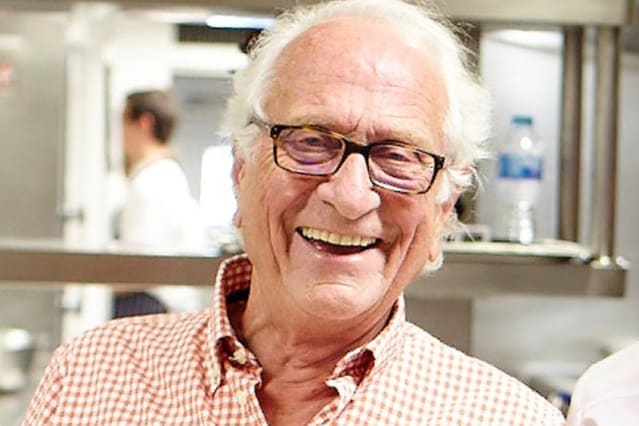 Chef and restaurateur Michel Roux has been remembered as a "humble genius" after his death at the age of 78.

The founder of Le Gavroche and part of the Roux culinary dynasty died surrounded by his family at home in Bray-on-Thames, Berkshire, after a long battle with idiopathic pulmonary fibrosis.

A statement from his son Alain and daughters Francine and Christine on behalf of the family said: "It is with deep sadness that the Roux family announces the passing of our beloved grandfather, father, brother and uncle, Michel Roux OBE.

"The family would like to thank everyone for their support during his illness. While many of you will share our great sense of loss, we request privacy for the family at this difficult time.

"We are grateful to have shared our lives with this extraordinary man and we're so proud of all he's achieved.

"For many, he was a father figure inspiring all with his insatiable appetite for life and irresistible enthusiasm. But above all, we will miss his mischievous sense of fun, his huge, bottomless heart and generosity and kindness that knew no bounds.

"Michel's star will shine forever lighting the way for a generation of chefs to follow."

Roux founded Le Gavroche in London with his older brother Albert in 1967, followed by The Waterside Inn in Bray in 1972.

In the inaugural Michelin Guide, published in 1974, The Waterside Inn was awarded one star, then two in 1977 and three in 1985.

It is the only restaurant in the world outside France to have retained three stars ever since and Roux's son Alain has been chef patron since 2001.

Le Gavroche was the first restaurant in the country to earn first one, two, then three Michelin stars, awarded in 1982.

It is now run by Albert's son, the TV chef and MasterChef: The Professionals star Michel Jr.

Since 1983, Michel Roux has published 15 books that have sold more than 2.5 million copies worldwide.

He is also known for the Roux Scholarship, an annual chef competition founded in 1982 with Albert to enable a new generation of chefs in the UK to train in some of the greatest restaurants in the world.

Many scholars have gone on to win Michelin stars following their enrolment in the Roux Scholarship, and it is considered the industry's most acclaimed competition of its kind in the UK.